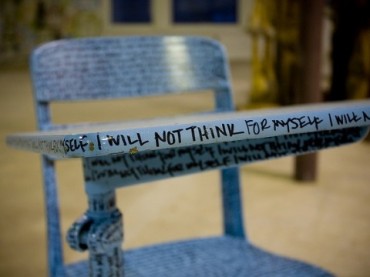 It’s the catch-all term we’ve heard innumerable times since entering college. If you ask 10 different college students what the term “diversity” means to each one of them, you’ll get ten different answers. Though we cannot define diversity exactly, we know it’s good and apparently that it should be a codified academic requirement.

On Oct. 31, the UCLA College faculty senate voted to institutionalize diversity by approving a “diversity requirement,” which stipulates that every student in the College of Letters and Sciences take a course about “inequalities based on race, ethnicity, gender, sexual orientation and religion, among other factors.”

Now the proposal will head to the Undergraduate Students Association Council and then the Committee of Rules and Jurisdictions, both of which are virtually certain to pass it.

The proposal, as described by the 2014 UCLA College Diversity Initiative Committee in the “Proposed Diversity Requirement” document, outlines the goals of the requirement and attempts to give empirical evidence supporting the need for the requirement.

to teach undergrads to “better understand the perspectives of others”;
to prepare undergrads to be leaders in “interconnected global societies”;
to reduce prejudice on campus with regard to “difference”;
and the most wonderfully written goal: “To provide undergraduates with the analytical skills needed to develop critical and reflective perspectives on difference within both domestic and global spheres—including the structural processes, along with representational and embodied practices, that promote inequities and those that support fairness and inclusiveness.”

And how would it manage to accomplish all that?

For one, the proposal cites a study which claims that students “enrolled in a diversity course developed greater levels of moral reasoning (measured by the Defining Issues Test 2) than those enrolled in a management course.”

Put aside for a moment the question of whether students in a management class are the proper control group for this study, considering there may be confounding variables at play (such as business students may be more likely to be politically conservative than ethnic studies students)—what about this “Defining Issues Test”?

It presents a series of dilemmas to interviewees and, depending on their answers to these dilemmas, they receive certain scores, with some being higher and some being lower. Three of the dilemmas are: whether it is ok for a man to steal a cancer drug for his terminally ill wife; whether a neighbor should report an escaped prisoner who has “led an exemplary life” since escaping from prison; and whether students should have protested the Vietnam War (or should protest American foreign policy in general).

Clearly whether the given answer to these questions is “right” or not is entirely dependent on the interviewer’s subjectivities (or those of the larger social science community, which are probably pretty monolithically leftist). What’s more, the dilemmas don’t appear to have much to do with “understanding the perspectives of others,” so I don’t see how whether you think your neighbor should be able to steal something can measure your knowledge of how blacks were oppressed during Jim Crow.

Another study the proposal cites assessed whether students who took a diversity course at a single, unspecified “Northeastern public university,” “made more favorable judgments of Blacks (using the Modern RacismScale [sic]) than those who had just begun the course.”

Again, another rigorous study which looked at students at one single university, without a proper control group. Instead of using the “Defining Issues Test,” this scholar used the Modern Racism Scale. Let’s look at the interview questions used by this scale:

1. Blacks have more influence upon school desegregation plans than they ought to have.
2. The streets are not safe these days without a policeman around.
3. It is easy to understand the anger of Black people in America (coded inreverse)
4. Blacks are getting too demanding in their push for equal rights.
5. Over the past few years Blacks have gotten more economically [sic] than theydeserve.
6. Over the past few years the government and news media have shown more respect to Blacks than they deserve.
7. Blacks should not push themselves where they’re not wanted.
8. Discrimination against Blacks is no longer a problem in the United States.

The subjects are asked to either: strongly agree, agree, disagree, or strongly disagree with the statements.

My personal favorite is: “Blacks have gotten more economically [sic] than theydeserve[sic].” Let’s just say if these questions were colt .45 pistol magazines, they’d be loaded to the hilt.

The UCLA Diversity Committee cited this study as “among the earliest clear demonstrations” that diversity curricula improve racial attitudes which contributes to individual development and improving campus climate.

Call me obtuse, but I fail to see the clarity.

The proposal cites another study which used “structural equation modeling” to show that “participation in a racial/cultural awareness workshop” had an “indirect impact on personal growth and engaged purpose later in life.”

The proposal also cites a study which measures “curricular diversity” experiences for students at 236 institutions. Curricular diversity is defined as “having taken an ethnic studies course, attended a racial-cultural awareness workshop, or participated in an ethnic-racial student organization in college.”

Only one out of these three variables is taking a diversity related course, the other two are extracurricular activities. Yet the proposal uses this composite measure to claim that “where the average level of curricular diversity engagement was higher… both general academic skills and racial cultural engagement were higher.” Of course this effect, assuming that we can view social scientists’ surveys with any objectivity, could be due entirely to the extracurricular activities and not the actual course.

Finally, a study mentioned in the proposal states that the university “climate is also improved when the school displays strong commitment to diversity issues” and the effect of this is to “legitimize knowledge surrounding inequality and social justice.”

$100 bucks to the first person to explain to me what it means to “legitimize knowledge surrounding inequality and social justice.”

Either the social sciences are extremely sophisticated and all the jargon went straight over my head, or the drafters of the proposal just wanted to sound fancy, but it seems as though half the phrases and statements they make simply don’t have any real meaning.

“Structural equation modeling,” “critical consciousness and integration of learning,” “social agency,” “pluralistic orientation with respect to race,” “increasing the complexity of student response to challenging social situations,” “engaged purpose,” “critical appraisal of stereotypes,” “university climate,” “legitimize knowledge surrounding inequality and social justice,” and “synergies to be derived from enacting a complex of activities, including intergroup initiatives that jointly will optimize the UCLA experience.”

The entire proposal reads like the Diversity Committee composition strategy consisted of grabbing a thesaurus and throwing together the coolest, trendiest, most social-justicey sounding words. The imprecision and vagueness with which the writers lay out their often astonishingly far-reaching claims and justifications is something to behold.

Trying to understand what they actually mean is like trying to read ancient Sanskrit. Nonetheless, even when the proposal is somewhat clear, the claims it makes are incredulous and the evidence it cites is either shoddy or unrelated to a course requirement.

The writers of the proposal present numerous studies claiming to show the benefits of a diversity-related course. Unfortunately, many of the studies use questionable surveys to assess subjects and the entire process of determining if these diversity courses have positive results is inherently subjective.

Allyson Bach, the Undergraduate Students Association Academic Affairs Commissioner and one of the leaders in the diversity proposal drafting process, bears this out further in comments to The College Fix.

When asked if a black student could fulfill the diversity requirement with an African studies course, or a homosexual student could meet it with a Queer studies one, she said:

I think that question doesn’t necessarily address what the diversity requirement is trying to achieve. Diversity isn’t in boxes, you can’t just say you can take a course on a specific culture. It’s about how our cultures and our identities and our genders and our citizenship intersect into a fluid understanding of diversity. That question doesn’t really go after what the diversity requirement is about and I don’t feel comfortable answering it in that sense because that’s not the purpose of it.

You can’t check a box off of how a student is going to be enhanced by any diversity class. It’s about what the whole criteria of the diversity requirement is about and it’s about making sure students expand their horizons. It doesn’t matter if it’s a student taking a course about a culture that they might already identify with, it’s also about understanding the histories of that culture and how it expands their understanding. So you can’t really conceptualize it in that way and I’m not sure I really feel comfortable viewing the diversity requirement in that sense.

Then when asked why UCLA does not have a U.S. History requirement – and should it – she responded by saying: “I’m not gonna insert my own opinion on an additional requirement, but I feel as if, if a student group on campus wants to implement a certain requirement then they should first figure out the logistics of how to get the academic senate behind their proposal.”

Often, with the intellectually bereft diversity debate, the discussion devolves into emotion the moment a diversity proponent feels pressed or challenged. That’s why when Bach was asked how the diversity requirement works, she responded that she didn’t “feel comfortable” discussing diversity in that way—an emotional response to an intellectual question.

Ultimately, the diversity proponents have to rely on emotion because their intellectual and moral cases for a diversity requirement are severely lacking. The proposal is so muddled and full of assertions and evidence that are not rigorous that it is impossible to take seriously.

But we have to take seriously the intentions of the diversity proponents, because there is no telling how far they will take their diversity fetish if they are allowed to proceed unabated.

The UCLA diversity proposal cited a study by Scott Page, who the proposal says “has made a compellingcase [sic] for the power of diversity to spur innovation; in some respects, even outweighing the contribution of ‘ability’ in problem solving.”

If the drafters of the diversity requirement are willing to include this idea as evidence in their proposal, that means that, at minimum, they don’t think it is a completely ludicrous idea. What a scary world it would it be if such an idea became commonplace.