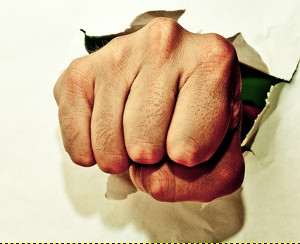 Two articles from this past week have shed some much needed light on one popular contemporary “edu-fad,” so to speak: differentiated instruction.

In a nutshell, differentiated instruction (DI) depends on classroom teachers tailoring their instruction to the individual “learning styles” of each student. That’s right, each student in the classroom.

Like way too many other edu-fads, DI is riddled with problems — a lot of which are logistical. Let’s take a gander at what James R. Delisle, a former college professor and now-educational consultant, has to say:

Although fine in theory, differentiation in practice is harder to implement in a heterogeneous classroom than it is to juggle with one arm tied behind your back.

Mike Schmoker, in a 2010 Commentary for Education Week titled “When Pedagogic Fads Trump Priorities,” relates that his experiences of observing educators trying to differentiate caused him to draw this conclusion: “In every case, differentiated instruction seemed to complicate teachers’ work, requiring them to procure and assemble multiple sets of materials, … and it dumbed down instruction.”

As additional evidence of the ineffectiveness of differentiation, in a 2008 report by the Fordham Institute, 83 percent of teachers nationwide stated that differentiation was “somewhat” or “very” difficult to implement.

The biggest reason differentiation doesn’t work, and never will, is the way students are deployed in most of our nation’s classrooms. Toss together several students who struggle to learn, along with a smattering of gifted kids, while adding a few English-language learners and a bunch of academically average students and expect a single teacher to differentiate for each of them. That is a recipe for academic disaster if ever I saw one. Such an admixture of students with varying abilities in one classroom causes even the most experienced and conscientious teachers to flinch, as they know the task of reaching each child is an impossible one.

And that’s just it — how many public school classrooms are actually equipped to implement DI as it should be? How does a teacher design individual lessons for thirty students, and then teach them all … in a 45-50 minute time period? Even a block schedule’s 90-minute class period isn’t sufficient. Oh, and are there 50 hours in a day so as to allow teachers to create all these (individual) lessons?

It seems to me that the only educators who assert that differentiation is doable are those who have never tried to implement it themselves: university professors, curriculum coordinators, and school principals. It’s the in-the-trenches educators who know the stark reality: Differentiation is a cheap way out for school districts to pay lip service to those who demand that each child be educated to his or her fullest potential.

Indeed. Many teachers would love to see some of these college profs come in and demonstrate how their great theories work in a typical classroom. And how many district-based curriculum folk devise new “teaching strategies” either because they’re working on their own advanced degree … or have to “justify” their jobs?

As noted, DI relies on the notion that each child in a classroom has his/her own “learning style.” But our second recent article calls this whole notion a myth:

Another major problem is that there are so many different possible ways to describe people’s preferred learning styles. Indeed, a review published in 2004 identified over 71 different styles mooted in the literature.

What’s more, even if we accept a particular scheme for measuring learning styles, evidence shows that learning style questionnaires are unreliable and people’s self-reported preferences are poorly correlated with their actual performance. In other words, a person might think they learn better, say, visually rather than verbally, but their performance says otherwise!

Article author Christian Jarrett, a cogntive neuroscientist, doesn’t completely jettison the idea of tailored learning. For example, he notes that “there is evidence that novices learn better from studying examples,” and that “those with more expertise learn better by solving problems themselves.”

But overall, he says, utilizing the “learning styles” concept for curriculum may actually be doing harm. “… the approach ‘encourages teachers to teach to students’ intellectual strengths rather than their weaknesses.’

“Students need to correct and compensate for their shortcomings, not avoid them.”

Economics is another factor. “Learning style” questionnaires and training workshops (sometimes known as “inservices”) are expensive. That the science on learning styles is so weak, Jarrett notes, should be “good news to educators at all levels,” money-wise.