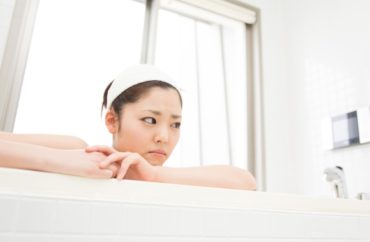 ‘allowing all students, staff, teachers and other school personnel to have access to the gender-segregated facilities … consistent with their gender identity’

The American Psychological Association recently announced several revisions to its LGBTQ policies in an effort “to take into account the most recent research and changes in law.”

A March 2 news release from the organization explained the association’s governing Council of Representatives replaced three “outdated” policies to be more in line with “societal changes that have come into being since the original resolutions were passed.”

“It was important that APA bring these resolutions into line with the latest research because these are areas that are of great interest to psychology,” APA President Sandra Shullman stated. “Public attitudes toward LGBTQ people have evolved swiftly in the last several years as well, resulting in legal changes that needed to be reflected in the association’s positions.”

The Resolution on Supporting Sexual/Gender Diverse Children and Adolescents in Schools was among those reviewed, updated and recommitted to by the APA.

The changes address “the issue of restricting bathrooms for transgender children. This resolution also updates definitions of gender diversity, intersex and differences of sex development. It replaces a similar resolution that was passed in 2015,” the news release states.

One part of the resolution that remained unchanged after review was the recommendation for administrators to “create safer environments for gender diverse, transgender, and intersex/DSD students, allowing all students, staff, teachers and other school personnel to have access to the gender-segregated facilities, activities, and programs that are consistent with their gender identity, including, but not limited to, bathrooms, locker rooms, sports teams, physical education, and classroom activities …”

A day after a College Fix inquiry asking the APA about the resolution, the association removed a copy of the new resolution from its website. Asked why, an APA spokesperson replied that “The National Association of School Psychologists was concerned because they have not yet adopted the same resolution so out of deference to their process, we took it down temporarily.”

The NASP confirmed that they requested the APA take down the resolution, since their Leadership Assembly has yet to vote on the joint resolution. That vote is expected to occur soon.

As for the question of supporting trans women — or biological men who identify as women — in girls’ facilities, the APA provided a statement to The College Fix that acknowledged that is the case but added it would likely be a rare situation, saying it is “unlikely” the issue of adults in girls’ facilities would arise and that their resolution is focused on children and adolescents.

“The American Psychological Association does not endorse allowing men to share girls’ locker rooms and bathrooms. The Resolution on Supporting Sexual/Gender Diverse Children and Adolescents in Schools is, as its title clearly states, about children and adolescents in schools. The only men in school locker rooms should be school employees, such as teachers or coaches, and they are unlikely to be in these facilities for girls. As we know from incidents of sexual abuse of both boys and girls by coaches and teachers, schools and communities need to be vigilant to ensure the safety of all children in situations in which they may be vulnerable to abuse. However, there is no evidence that transgender children of any age pose a safety risk to their fellow students. The practice of allowing gender diverse students in schools to use the facilities that work best for them psychologically has been found by many schools to be the best way to fulfill the mandate of schools to support the learning and development of all young people.”

The statement was attributed to Clinton Anderson, deputy chief of Psychology in the Public Interest and director of the Sexual Orientation and Gender Diversity Office.

The APA stated in its resolution its vested interest in promoting “the individual’s healthy development of personal identity, which includes sexual orientation, sexual development, gender identity, gender expression, and gender presentation of all individuals.”

Asked to weigh in on the topic, George Washington University law Professor John Banzhaf said the resolution violates the most basic levels of privacy.

Banzhaf stated allowing trans women (biological male) staff to share bathrooms and locker rooms with females allows them to expose themselves in front of girls and likewise are “able to freely view these young girls naked and in various stages of undress.”

“This specific resolution seems to be based on the theory that requiring transsexual anatomical males (a tiny percentage of the population) to use restrooms set aside for anatomical females will cause them some mental distress, but it seemingly ignores the mental distress which it would cause to girls and adult women (over 50% of the population) in being forced to view male genitalia while changing, and to being forced to expose themselves … while changing,” Banzhaf said.

About the Author
Erin McLaughlin
Erin McLaughlin graduated Grove City College in 2020 with a degree in political science. Currently she is a researcher at The American Spectator.