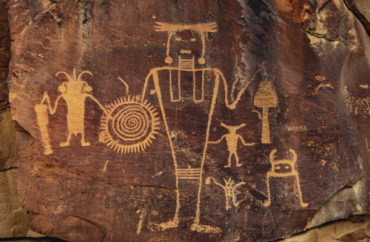 A group representing over 7,000 archaeologists has refused to post a video of a lecture delivered at its annual meeting earlier this month after complaints the topic was too racially charged.

The Society for American Archaeology meeting, held between April 15 and 17, featured a pre-recorded lecture by San Jose State anthropology professor Elizabeth Weiss and attorney and anthropologist James Springer that discussed the role of creationism in archaeology.

On Wednesday, the SAA released a statement apologizing to those “who were harmed by the inclusion of the presentation.”

“After careful review of the recording, the SAA board finds the presentation does not align with SAA’s values, and so has chosen to not re-post it at this time,” it read.

In their presentation, Weiss and Springer argued that many Native American creation myths stemming from oral traditions have worked their way into scientific research and are given as much weight as scientific data such as DNA.

“By promoting objective knowledge and scientific reasoning, we would say that we are doing our best to help students, colleagues and the public understand the world around us, and negating the misinformation promoted by creationism,” Weiss told The College Fix in an email.

The lecture was accused of being racist, which Weiss refutes.

“In our talk, there was no mention of race; we were specifically arguing against the use of creationist tales to determine repatriation and archaeological research,” she said. “We contextualized this by highlighting the way the SAA (and similar organizations) have been at the forefront of fighting creationist intrusion when it is Christian creationism and we suggest that the same concern of creationism entering into the field is valid when it relates to non-Christian creationism.”

But the lecture angered many in the archaeology community, who saw it as disrespectful to Native American tradition. Even before the lecture took place, conference attendees took to Twitter to denounce it as “completely unacceptable and anti-Indigenous.”

Others attacked the talk by posting comments like, “fucking yikes!,” “this is some bullshit,” “ewww,” fight memes, and vomit emojis.

Following the talk, the Society for American Archaeology issued a statement that said it “hosts the annual meeting to provide a space to offer diverse viewpoints,” and that “providing a place to exchange differing ideas does not equate to an endorsement.”

The group said it recognized “some will find certain positions in presentations objectionable or even offensive,” adding they don’t want to “minimize those feelings.”

The Indigenous Archaeology Collective said it was “disappointed” in the Society for American Archaeology, saying “inclusion of a presentation that is anti-Indigenous and presents inaccurate depictions of repatriation and tribal sovereignty fails to meet the society’s own ethical principles.”

Indigenous archaeologist Emily Van Alst, whose Twitter feed hosted many of the anti-Weiss and Springer posts, called the SAA’s statement “not enough.” Calling the presentation “racist,” Van Alst urged her followers to “support Indigenous scholars and don’t give people like her a space to spew awful words.”

The Society for American Archaeology did not respond to a request for comment by The College Fix.

According to an email sent by the SAA following the conference, the sessions would be “available for viewing on demand within 24-36 hours after their original broadcast until July 17, 2021.” Yet the Weiss-Springer lecture was never posted.

In their Wednesday statement, the SAA said they were “committed to making archaeology more welcoming and to no longer encouraging narratives and practices that devalue the knowledge of Indigenous people.”

Weiss told The Fix she talked with SAA President Deborah Nichols on April 26, and Nichols notified her that the board made the decision not to post the video of her talk.

During the discussion, Weiss said it “became clear that the likelihood of the talk being posted at all is very slim.”

“The decision to not post the talk was made by the SAA board, based on the hurt feelings of indigenous SAA members,” Weiss said.

The controversy over Weiss and Springer’s lecture is in some ways an extension of the attacks the authors suffered earlier this year after publishing a book called Repatriation and Erasing the Past, which examines “laws that mandate the return of human remains from museums and laboratories to ancestral burial grounds,” according to its promotional materials.

The book discusses the Native American Graves Protection and Repatriation Act, a federal law which generally governs how researchers and archaeologists must treat the bones of Native Americans when they are found. Indigenous activists have argued in favor of banning research into ancient remains, even if no connection to an existing tribe can be demonstrated.

Following publication of their work, academics wrote several letters asking for the publisher to cease printing the book. One of the letters boasted signatures from over 900 academics across the world. In addition, the British Association of Biological Anthropology and Ostearchaeology has called for the book to be banned.

“Our position is that an ideology that places identity politics and religious beliefs over scientific inquiry is anathema to anthropological and archaeological research,” Weiss told The College Fix. “We propose a perspective on the study of human remains and artifacts based on objective knowledge rather than any religious ideology.”

“Perhaps what surprised me most, although it shouldn’t have, was the attack on us and our work as racist and, more specifically, white supremacist,” Weiss said.

Weiss also noted the sexism in many of the attacks against her, such as people calling her a “bitch” and questioning her judgment based on the research done by her husband (who contributes to an entertaining series of “ancient aliens” shows.)

“We strive always to have a civil discussion and will not resort to the tactics that so many of our detractors engage in (such as name-calling, death wishes, or telling me in an email to ‘choke on a bag of shit’),” Weiss said. “James and I also note that the vitriol, hurt feelings, name-calling, and demands for censorship are anathema to any intellectual debate. They replace arguments of content. And, all specific factual and legal arguments are ignored.”

MORE: Scholars denounce attempt to ban their archaeology book after being accused of racism against Native Americans