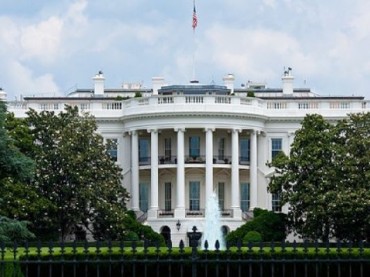 As a social media following continues to be more important among public figures, a lot of people will go to any means necessary to make themselves look like they have more klout than they do.

Klout is a term that refers to one’s social media impact. For a couple bucks, you can buy Facebook Likes, Instagram followers, or Twitter followers. It’s easy to do and helps instantly establish you as a social media expert. Certainly tempting.

However, the public doesn’t seem to care for it. It’s dishonest and unethical, at best. Buying an online following is considered by many to be a cheap tactic and is often scoffed upon by social media executives.

Ask any twenty-something what they think about buying Facebook Likes or Twitter followers, and you’re bound to get an overwhelming amount of disdain for the practice. It’s simply bad taste.

Often, the embarrassment when the issue is brought to light isn’t worth the initial gain.

Here at Arizona State University, one of our own Undergraduate Student Government Senators, Jordan Hibbs, was invited twice to live tweet the State of The Union at the White House due to her impressive social media presence. She has 16,800 Twitter followers.

To help you understand how hilarious it is that a college senator has 16,800 Twitter followers:

Heather Nauert, a Fox News veteran and host on Fox and Friends, has 15,000 followers.

It was no surprise to find that a Twitter audit reveals that 14,300 of Hibbs’ Twitter followers are fake. A perusal of Hibbs’ Twitter profile illustrates that most accounts that follow her have less than 10 people following them, and tweets on these accounts were posted either on the 7th of July 2010 or the 17th of April 2012.

In January, before she jetted off to the nation’s capital to live tweet the SOTU for the second consecutive year, she told a local Fox News affiliate that “I’m committed to social media and I’m really interested in politics. It’s a great way to be involved in something that I care a lot about.”

She explained that thousands of people apply to live tweet the speech, but only about 100 are selected based on whether they have a strong social media presence, adding the secret to gaining a large following is  “asking people’s opinions … because if you try to get other people involved in the conversation it seems like people want to follow you and be more engaged, so make it more about them.”

The inspiration to check out Hibbs’ Twitter profile came as a result of her multiple features in ASU’s campus newspaper about her desire to increase “accountability” and “transparency” among college politicians. After discovering that 14,300 of her Twitter followers were fake, I got a good laugh.

So much for “accountability” and “transparency” from a leader.

Hibbs did not respond to The College Fix’s multiple requests for comment.