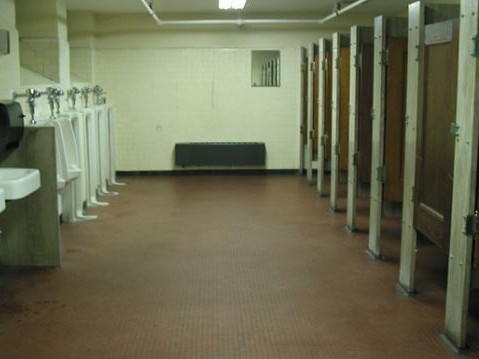 Several controversies regarding whether boys should be able to use girls bathrooms and locker rooms and vice versa have recently taken center stage, including in Maine, where its state supreme court is set to decide the fate of Nicole Maines, a 15-year-old male who identifies as female.

Maines sued the school over its decision to have her use the staff bathroom instead of the girls one, and a decision is expected soon.

A similar case is unfolding in Colorado, where the parents of 6-year-old Coy Mathis, a boy who identifies as a female, have sued the school district for asking the first-grader to use a separate bathroom.

And a bill successfully winding its way through the California legislature would mandate all public schools in the state allow transgender students access to opposite-sex bathrooms and locker rooms based on their gender identity and not their biological sex.

As The College Fix reported last week, Granada Hills Charter High School in Los Angeles has for quite some time allowed a boy who identifies as female to use the girls’ locker rooms and bathrooms, making the girls uncomfortable by touching their hair and watching them get undressed. Three girls have claimed that he has peered over bathroom stalls while they were inside. One girl has said his presence makes her feel uncomfortable and vulnerable.

Here’s the problem: liberals want to require schools to allow students to use the bathroom of their choice in the chance this will safeguard even one student from feeling uncomfortable. But shouldn’t policies also protect the rights of the many other students who feel uncomfortable having a member of the biologically opposite sex in their bathrooms?

Social progressives have mastered the skill of imposing their beliefs by modifying the actions of others – all while decrying the supposed attempts by the “Religious Right” to do the same thing.

These cases are perfect examples.

Maines offered some advice to her school’s administration, saying “I hope they understood how important it is for students to be able to go to school and get an education and have fun and make friends, and not have to worry about being bullied by students or the administration, and to be accepted for who they are.”

Truly, a beautiful sentiment. Trite and meaningless, however. It is not as though she is saying anything revolutionary. As if the bathroom one uses has any bearing on a successful school career. It is unfortunate that Maines’ parents never gave her the skills necessary to deal with any teasing she may encounter. But while schools do have the expectation to keep their students safe from physical harm, it is unrealistic to expect that schools can eliminate all bullying and teasing.

So the schools have to focus on the facets over which they do have control. Ensuring each and every student’s comfort is impossible. What’s more, when did comfort become a right?

However, since the argument has strayed into the realms of rights, we may as well talk about them. In these cases, the question is whose rights matter more – the majority who feel uncomfortable, or the one transgender student?

The answer is neither, because the premise is absurd. Whoever heard of choosing a bathroom based on comfort? If that were the only criterion, I imagine many women over the years would have chosen to use the men’s bathroom to avoid the discomfort of waiting in long lines.

But that’s not what bathrooms are for. Bathrooms are for biological procedures. Nobody is comfortable doing their business – we do it because we have to. But the whole process is based on biology. The lower parts of our bodies are shaped a certain way, and if they do not determine gender, then they at least determine how we use the facilities. So, the only fair thing to do is to base bathroom usage off of biology.

One for men, one for women (hopefully I do not have to spell the difference out for you.)

The splendid thing about most bathrooms is that there are stalls. So, if you are a biological male who identifies as a female, you have the opportunity to use a stall in the male bathroom so as to retain your privacy.

It is non-discriminatory, because it only takes into account biology, not gender identity. School policies should reflect this neutrality by favoring biology above all.