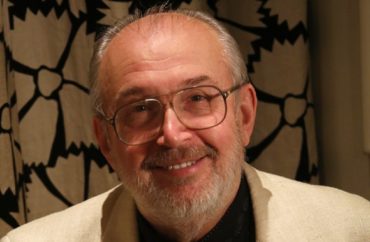 ‘I fully support all efforts to promote fairness, inclusivity, and a nurturing environment for all’

University of Texas at Austin astronomer John Kormendy retracted a paper and paused a book about the use of hard data in the hiring and funding of professors after criticism that it harmed women and racial minorities.

Kormendy (right), known for his research on black holes, published the paper at arXiv as a preprint and submitted it for publication to the Proceedings of the National Academy of Sciences.

He retracted the paper but an archived version can be found here. A book on the same subject has been paused.

“This paper calibrates how metrics derivable from the SAO/NASA Astrophysics Data System can be used to estimate the future impact of astronomy research careers and thereby to inform decisions on resource allocation such as job hires and tenure decisions,” a summary posted at arXiv says. “Three metrics are used, citations of refereed papers, citations of all publications normalized by the numbers of co-authors, and citations of all first-author papers.”

Uh, so we went from that flaming dump of a career metrics paper (bad) to John Kormendy withdrawing it and offering an apology (good) to a “response to concerns” section, which is… not great either. https://t.co/E7zUuY8vzk

“This preprint is being criticized based on a perception that it furthers bias against women and minorities,” Kormendy wrote as a comment on the preprint. “My book on the subject documents evidence for bias and develops machinery aimed in part to redress it.”

Kormendy apologized for his stance on using quantitative measures for university decision-making.

“I apologize most humbly and sincerely for the stress that I have caused with the PNAS preprint, the PNAS paper, and my book on using metrics of research impact to help to inform decisions on career advancement,” Kormendy wrote on his website. “My goal was entirely supportive.”

“I wanted to promote fairness and concreteness in judgments that now are based uncomfortably on personal opinion,” the Texas astronomer said. He said he aimed to create a “climate that favors good science and good citizenship.”

“It was intended to decrease bias and to improve fairness. It was hoped to favor inclusivity,” the astronomer said. “It was especially intended to help us all to do the best science that we can.”

“I fully support all efforts to promote fairness, inclusivity, and a nurturing environment for all,” he said. “Only in such an environment can people and creativity thrive.”

His apology drew at least one comment in support.

“I hope we can continue the work, here at UT & broadly, to improve the field and do science inclusively,” Caroline Morley, a fellow UT-Austin professor, wrote on Twitter.

My colleague John Kormendy has withdrawn his recently-posted paper on publication metrics in Astronomy. The book is “on hold.” He has posted an apology: https://t.co/U2udRdfI0A

I hope we can continue the work, here at UT & broadly, to improve the field and do science inclusively

Others still want him gone.

“If you’re an employment lawyer in Austin TX, please go to the university and unplug Kormendy from the internet,” Planetary Science Institute’s Amy Barr Mlinar wrote. “Guy is just digging himself deeper,” the planetary scientist said.

IMAGE: University of Texas at Austin