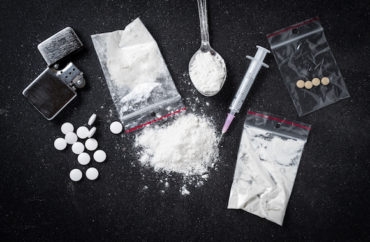 Students told how to use ecstasy and how to quit tobacco

The administration at Brown University offers students mixed messages on the matter of illegal drug use, ordering them not to take illegal substances while at the same time offering tips and advice on how to do it “safely.”

The Ivy League school denies that it may be encouraging drug use, insisting instead that it is attempting to “educate students on short- and long-term consequences, risks and dangers” of illegal substance usage.

In several places on Brown’s website, the school clearly affirms that students are to refrain from taking illegal drugs.

On the Student Conduct section of its site, the school says that the university “expects its students and employees to abide by all federal, state, and local laws with respect to drugs and alcohol.” It’s citing the Drug-Free Schools and Communities Act Amendments of 1989, a law that mandates drug prevention programs for any institution receiving federal aid.

“Brown University students are expected to comply with all federal, state, and local laws pertaining to drugs and alcohol. The illegal possession, use, provision, sale, or possession with the intent to sell, of drugs and/or alcohol is prohibited by University regulations,” the website states further.

Under the school’s official Code of Student Conduct, meanwhile, illegal drugs – both their possession and use – are explicitly forbidden by Brown.

These unambiguous mandates to refrain from illegal drug use while at Brown contrast with the school’s “BWell” health promotion campaign, which offers more equivocal advice on the use of outlawed substances.

Under BWell’s “Alcohol & Other Drugs” module – an extensive catalog of various drugs and their effects on the human body – the school seems to suggest that drug use can be one legitimate decision among many. “If you choose to use drugs or alcohol, you can make safer choices. The information provided on this site can help with that decision-making process.”

The site’s literature on various types of drugs also seems to imply that some illegal drug use can be acceptable or safe. Under the sub-sections for the drugs ecstasy and ketamine, for instance, students are taught how to recognize “problematic” usage of these drugs, suggesting that the BWell campaign believes there can be non-problematic usage of these substances.

Much of this literature offers explicit information on how these drugs are consumed. “Ecstasy is almost always swallowed in 60 to 120 mg pills,” the site says under the ecstasy heading; under the marijuana section, the website offers: “Marijuana is usually smoked, using a pipe, a bong or by rolling a joint. Blunts are cigars that are emptied of tobacco and refilled with marijuana, sometimes in combination with other drugs. It can also be eaten in food, for example, by baking it in brownies.”

“Eating marijuana will delay the onset of the effects, but they will last longer,” the information continues.

Under the listing for psilocybin – popularly known as “mushrooms” – the school tells students that the drug “is found in dried or fresh mushrooms or as a powder in capsules. It is also sometimes brewed into a tea. Typical doses range from 10 to 50 milligrams (approximately 20 to 30 grams of fresh mushrooms or 1 to 2.5 grams of dried mushroom powder) …”

An entire module to quit smoking

Though BWell’s website offers cautionary advice on the effects of drugs as well as resources to help with drug abuse, not one listing appears to tell students to refrain from or avoid taking illegal drugs. That’s not because the BWell campaign is afraid of instructing its students in how to cease taking drugs; on the contrary, BWell’s literature on tobacco usage offers just that advice.

“If you smoke or chew tobacco regularly, it’s a good idea to try to take a break from tobacco,” the site declares. “A break can help you reduce how much you smoke and it can give you an idea of how hard it could be to stop when you want to quit. If you find that taking a break is really difficult for you, that’s a sign that you should get some help.”

The campaign also offers an entire module devoted to “Smoking Cessation,” something it does not offer for other drugs. Indeed, BWell’s literature offers very little in the way of advice even remotely connected to quitting illegal drugs.

Under the listing for cocaine, for instance, the closest the site comes to urging readers to quit is: “If you find that you can’t stop using cocaine, then remember, there’s help available.” (The site also links to Brown’s “Thriving @ Brown” health promotion campaign, though drug cessation advice was not immediately apparent there.)

A university spokesperson denied that the school encourages, or minimizes the dangers of, illegal drug use.

The BWell website does precisely the opposite of your characterization that it “implicitly suggests that illegal drug use can be acceptable or safe.” For those that might not abide by the advice to avoid illegal drug use, the intent of the website is to educate students on short- and long-term consequences, risks and dangers, and information on how to access help.

Clark did not respond to a further request for clarification regarding the language used by BWell.

The activist group Students for a Sensible Drug Policy, which advocates “the right of individuals to make decisions about their own health and well-being,” awarded Brown University a “B” grade for its drug policies and rules. The group states that a “B” rating means the school in question is “heading in the right direction for a fair drug and alcohol policy.”