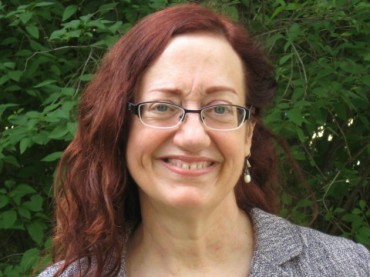 The coalition against the college-dropout governor isn’t complete without freshman English students at UW-Whitewater, however.

Professor Beth Lueck offered her students extra credit to attend a Thursday night rally against the proposed 13 percent cut to the university system, according a posting on an “internal university website that posts homework assignments and class announcements,” the free-market MacIver Institute said Thursday morning.

“You may get extra credit by joining the rally or by observing it or by protesting it,” she told students in the Tuesday night post, according to the institute’s screenshot of the message. Lueck appears to have copied and pasted much of her post from a Facebook event by the UWW College Democrats, which hosted the event.

“Join us for a non-partisan rally with students, faculty and community members on the UW-Whitewater campus against Governor Walker’s proposed $300 million cut to the UW System, along with speaking out against attacks on shared governance and faculty,” the Facebook post read.

The rally included a march and speeches by state representative Andy Jorgensen, a Democrat, and Whitewater councilwoman Stephanie Abbott. It was followed by a Whitewater Student Government open forum to discuss the proposed cuts, according to the UWW College Democrats page.

Democratic candidate with a ‘progressive agenda’

Lueck has taught American literature at the Whitewater campus for 20 years, according to the MacIver Institute. It said university records revealed she taught 50 students last year in her freshman English classes.

She ran unsuccessfully for a state assembly seat as a Democrat last year, losing handily to the Republican incumbent. Her campaign Facebook page promised “a progressive agenda in education, access to health care, and the economy.” Lueck also ran a write-in campaign against a different Republican in 2012. Lueck told Whitefish Bay Now last year she would “improve education at the K-12 level and at technical colleges and universities to improve the state’s workforce, which in turn will strengthen its economy.”

On Thursday, she told Watchdog.org that the extra-credit opportunity was “not an assignment” and she required students to “write a response to the event or lecture that they attend,” but the “amount of credit given has nothing to do with the views they express.”

Extra credit for going to a political rally and then writing about it “is very much a part of the curriculum in an English course,” Lueck told the website.

A student in Lueck’s class, Matthew Yontz, told Watchdog.org that Lueck had not told students how much extra credit they could get. A member of the campus Republican Club, Yontz called it “out of line” for a professor to offer credit of that nature in an English class.

Lueck’s “average grade” on RateMyProfessors.com is a “C.” Several students wrote that the key to success in her classes is participation, but they differed on whether Lueck is a tough or fair grader.

Her most recent review, which ranks Lueck “poor,” said that “she basically will automatically give you a C on your paper if she did not like you and would find little errors or speculates things to argue the grade.”

Only two students have reviewed Lueck in the past year, however, and she went without a single review between December 2011 and May 2013.

Despite one student’s comment on RateMyProfessors that Lueck “responds to emails in a timely fashion,” the professor did not respond to a College Fix inquiry Thursday afternoon.