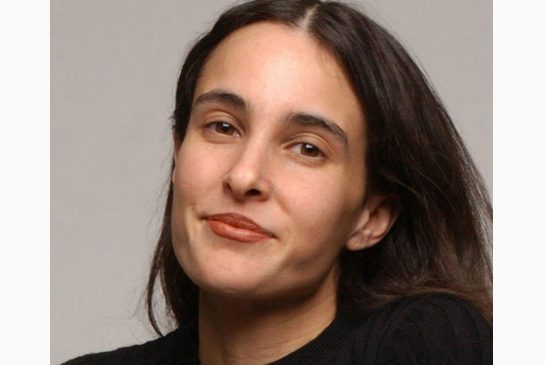 In an interview with The College Fix, author Donna Freitas discusses her book, The End of Sex: How Hookup Culture Is Leaving a Generation Unhappy, Sexually Unfulfilled, and Confused About Intimacy. She draws on her own research to explain what defines the collegiate “hookup culture,” how it’s leaving students unhappy, and why so many continue to participate anyway.

1. The End of Sex discusses the contemporary collegiate “hookup culture” and its influence upon students’ perception and understanding of sexual intimacy. For those who may be unfamiliar with it, how would you generally define “hookup culture?”

A hookup, according to the students I interviewed, has three basic criteria. 1) There is some form of sexual content—anything from kissing to sexual intercourse (whose definition will vary based on sexual orientation, etc). 2) It’s brief—anything from 5 minutes to an entire night. 3) Don’t get attached. In gearing up to be sexually active, the social contract of the hookup requires that you shut down emotionally. There is an unofficial fourth criterion that I always want to mention, which is alcohol. Lots of students will say that without alcohol, hookups would never happen.
2. In your book, you share the results of your own research about hookup culture. How did you endeavor to study this topic?

I taught a class of undergraduates where their discussions of hookup culture and how great and liberating it was had become central to the conversation and how they reflected on our readings. Yet then about mid-semester, the students did an about face in their attitude toward hookup culture. One student openly admitted that if she were to be honest, she kind of hated hookups and didn’t know why she continued engaging in the practice—mostly because she felt she had to, she supposed. Then every other person agreed with her, and suddenly my class of juniors and seniors were reckoning with the apparent reality that, while they all knew to pretend to love hookup culture, in reality they didn’t like it at all, but had been afraid they must be the only person on campus who felt this way. This surprised me deeply—and I wondered if students on other campuses felt the same way. So I set out to find out. 3. You conclude that many students are deeply unhappy with the hookup culture. Why does hooking up leave so many students unsatisfied?

I always feel the need to point out that there is a difference between a hookup in theory, and a hookup within hookup culture. I think most people—the students I’ve interviewed included—imagine that a hookup is this liberated, freeing sexual encounter, and just about all the students I spoke to were okay with the hookup in theory, and didn’t want to give up the opportunity to have one. However, within a culture of hooking up, students begin to see the hookup as their only option for a sexual encounter—which, by definition, takes the freeing, liberated aspect out of it. If it’s now an obligation, if it has also become a norm—something you feel like you must conform to, it tends to become something a person is either deeply ambivalent about (kind of like getting a paper done) or that makes them deeply unhappy.

So, on the level of theory, a hookup is supposed to satisfy a person—sexually, socially, etc—yet within a culture of hooking up, it tends to lose its luster, or even becomes a hateful chore.
4. If hooking up does indeed leave so many students unhappy, why does there remain so much pressure to participate in it, and why do so many students succumb to that pressure?

This is the question, of course: Why continue if it’s not really that fun? In lectures on my research I often say that hookup culture is a culture of pretending—everyone can talk a good game about how great it is and how much wild and crazy fun they’re having because they’ve learned that this is how they are supposed to respond within hookup culture, while their real feelings of ambivalence or even dismay remain hidden. No one wants to be the odd person out and people are nervous to challenge the status quo—so hookup culture lives on. Also, I think that—while so many students speak of their longing for dates—they tend to be afraid to admit this in public (especially guys), and also tend to lack dating experience and skills. A lack of know-how in other types of romantic, sexual, and relational spheres can almost trap you within hookup culture—you keep going within it, even if you don’t like it, because you don’t know any other way of doing things. I think this reality also accounts for why hookup culture is perpetuated.