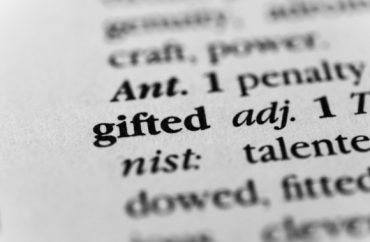 In yet another instance of a dopey educational fad, schools in Baltimore County, Maryland will no longer use the “gifted and talented” moniker for students so identified, and these students will continue to be denied separate classes.

Such is the proposal of Superintendent Dallas Dance who wants to “codify the approach in a new policy,” according to The Baltimore Sun.

The term “gifted and talented” would be replaced with the title “Advanced Academics” — and “umbrella name” which would include not only gifted and talent students, but those in Advanced Placement and International Baccalaureate classes.

Last year, elementary schools in the district did away with separate classes for G&T students, opting for heterogeneous-ability classes in which students are then grouped by ability level. Teachers “work their way around the classroom, instructing each of the groups according to its level.”

One potential hurdle: Gifted and talented students are as legally entitled to classes that meet their needs as those in special education.

Wade Kerns, the county’s coordinator of advanced academics, said the name reflects the change in approach. “We made a change in our philosophy and practice,” Kerns said. “We wanted to be aligned with what is on the ground.”

Kerns said the term gifted and talented is too narrow to encompass the range of the district’s offerings for bright students.

Jeanne Paynter, a former director of gifted and talented education for the state Department of Education, said the county risks running afoul of state law.

“Gifted and talented has 60 years of research documenting the needs of the student, the characteristics, the methods to identify and the methods to serve” those students, said Paynter, who now teaches at McDaniel College.

“Lumping all the programs together is fine,” she said. “But where is the policy that stands up for the rights and needs for this special needs group?”

“There is no danger that it is going to go away because we haven’t used those three words in our policy,” he said.

Brandon L. Wright of the Fordham Institute notes that last year’s dissolution of separate G&T classes at the elementary level was due to them being “deemed unfair” and “because it smacks of ‘tracking’ and [that] gifted classrooms didn’t contain enough minority youngsters.”

“The impetus for this change was the view that too many kids — particularly minority children — were relegated to low-level coursework with no hope of accelerating if not deemed ‘gifted’ in second grade,” he writes. “That’s an important problem to tackle and one that plagues virtually every district in the land. But Baltimore County’s solution — the pseudo-silver bullet known as ‘differentiated instruction’ — is a bad one.”

Indeed, teachers’ verdict on differentiated instruction is not good. Professional educationists (i.e. those with little-to-no actual classroom experience) seem to love it, however.

MORE: (More) advice from one who’s never been in a public school classroom