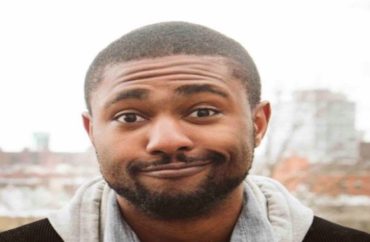 A Barnard College English instructor was featured on a Canadian radio show earlier Monday in which he discussed blowing up and gassing white people in an imagined race war.

According to The Post Millennial, on the CBC show “q,” Ben Philippe was asked about a segment in his book “Sure, I’ll be your Black Friend” which describes “detonating” white people while nearby air vents spew out noxious gas.

“When this race war hits its crescendo, I’ll gather you all into a beautifully decorated room under the pretense of unity,” Philippe said. “I’ll give a speech to civility and all the good times we share; I’ll smile as we raise glasses to your good, white health, while the detonator blinks under the table, knowing the exits are locked and the air vents filled with gas.”

AUDIO: Author Ben Philippe talks to CBC about his book, where he writes about trapping white people in a room, where they would then be blown up and gassed. pic.twitter.com/HdZ5yyzgVM

Phillippe, who teaches English and film studies at Barnard, told “q” guest host Talia Schlanger the section in the book describing these actions originally was much longer, but his editor whittled it down.

“I guess I was wrestling with the question that, isn’t the end result of that, all-out warfare? Like, ‘Game of Thrones’-style warfare? and what does that look like? And I lived in that sort of stray thought for a few pages. And it was disturbing to write, too. Because I’m not a violent person, I love all my white friends,” Philippe said.

Schlanger told her guest that, as a Jewish person whose “grandparents survived the Holocaust,” she was speechless upon hearing the passage. Remarkably, she then apologized to Philippe: “I wanted to say to you that I’m so sorry that your experience of the world made you feel that way.”

According to his faculty page, Philippe got his BA at Columbia and MFA at the University of Texas at Austin. He’s been published in Vanity Fair and Observer and his debut novel, Field Guide To the North American Teenager, came out two years ago.

Read the article and listen to the full “q” segment.