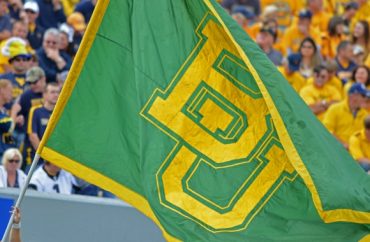 Several Baylor University leaders have lost their jobs — including president Ken Starr and football coach Art Briles — in the wake of recent findings that the school minimized Title IX enforcement and impeded some sexual assault complaints against student-athletes.

But the leadership overhaul at the private Baptist school has not made the controversy die.

Now many clamor for specific details on the results of an investigation commissioned by Baylor University into campus sexual assault complaints, a probe that found the Texas-based college — where football comes a very close second to God — mishandled Title IX enforcement.

There was an oral presentation given by investigators following the release in late May of a 13-page “Findings of Fact,” which stated there are systemic problems within the school and its athletics program.

“[There was] a failure to identify and respond to a pattern of sexual violence by a football player, to take action in response to reports of a sexual assault by multiple football players, and to take action in response to a report of dating violence,” the findings stated, adding there is “significant concerns about the tone and culture within Baylor’s football program as it relates to accountability for all forms of athlete misconduct.”

But because the findings don’t name names, don’t offer specific details, some have said Baylor should be more forthcoming than it has been.

A report published in mid-July by The New York Times quotes Title IX consultant Donna Lopiano as pointing out the lack of names in the findings means there’s no one to sue.

With that, the “lack of transparency has raised questions about how sincerely Baylor is reckoning with what it has acknowledged as a huge problem: a serial flouting of Title IX and, in the words of the summary, ‘a cultural perception that football was above the rules,’” The New York Times reported.

Another concerned group is the Big 12 Conference. In a June 22 press release, Big 12 Commissioner Bob Bowlsby sent a letter to Baylor University Interim President David Garland “once again requesting all documents associated with the investigations of sexual assaults at Baylor.” The release indicates the Big 12 requested all documents once before in May.

“This request is for written materials as well as any information that has been conveyed orally to University leadership or to its Board of Regents including, but not limited to, the unedited written or verbal information from {investigators] Pepper Hamilton, omitting only the names of any involved students. Internal documents pertinent to the investigation have also been requested,” the statement continued.

Big 12 officials are reportedly concerned about the image of the conference and fear that NCAA sanctions are possible.

Former university president Kenneth Starr – who resigned as Baylor’s chancellor in the wake of the controversy – has also called for transparency.

“We need to put this horrible experience behind us,” Starr told ESPN in early June. “We need to be honest. … Let the sun shine in. Sunshine is the great disinfectant.”

The Baylor Alumni Association has also chimed in.

“The Baylor Family deserves an unvarnished, complete accounting of the facts about how these events were handled,” it stated on its website. “[W]ithout a detailed explanation of the facts, the Board’s release falls far short of the level of transparency that the Baylor Family – and the people directly affected — deserve.”

In a lengthy statement to The College Fix, Baylor spokeswoman Tonya Lewis said the school has been very forthcoming, not only releasing the Findings of Fact, but also the 105 recommendations for improvement made by investigators, recommendations the school is already implementing.

“Baylor’s Board of Regents chose to publicly release severely critical Findings of Fact because it believes it is in the best interest of the Baylor community to do so,” she said. “The University has already taken actions to hold individual employees accountable and is moving forward with additional actions and improvements in policy and process. We remain committed to acting with integrity and will continue to provide updates to the community about the status of our efforts.”

She went on to state:

Acts of interpersonal violence contradict every value we hold dear as a Christian institution. We hurt for the students whose lives have been impacted by sexual violence and appreciate the courage of the survivors who shared their stories with Pepper Hamilton during Baylor’s independent investigation. We respect survivors’ freedom to choose whether, when and how to share their experiences. The details of these individuals’ experiences will not be discussed publicly by the University.

Baylor’s priority is to make our campus community safe for our more than 16,000 students. We acknowledge our failures in the past and take responsibility for them, and we have already taken steps to ensure that we are in compliance with Title IX, the Jeanne Clery Act, the Violence Against Women Reauthorization Act of 2013 and other state and federal obligations. Our aim is to set the highest standards in this area.

As a result of a rising culture of awareness about healthy relationships and a caring community at Baylor University, in tandem with an increase in prevention training and awareness about Title IX, students are reporting concerns about their peers, sharing knowledge of how to get help and safely intervening in potentially dangerous situations. Throughout the 2015-16 academic year, more members of the Baylor community than ever before stepped forward to report and intervene.

Meanwhile, Baylor has tried to mend its image by creating a website that documents “Baylor’s Response to Sexual Violence.” Yet its new football coach recently fumbled when asked recently to comment on the scandal.

Baylor football coach Jim Grobe said during his news conference at Big 12 media days this week that “we don’t have a culture of bad behavior at Baylor University.” ESPN characterized Grobe as “defiant.” He quickly ended up “clarifying” his comments soon after, USA Today reports.

“I have to talk about what I’ve found since I’ve been at Baylor, not what happened before I got there because obviously there was a problem in the culture dealing with these issues. That’s why we don’t have a president, an (athletics director) and a football coach and some staff members that were released,” Grobe said. “The only thing I can talk about is to let you know that since I’ve been at Baylor, the kids that are on our football team are really, really good kids. That’s what I’ve seen.”