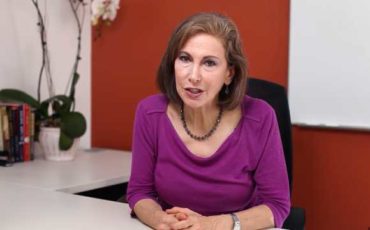 Trump-era regulations ‘were an example of an immoral administration doing the moral thing,’ Emily Yoffe wrote

Obama’s Title IX “guidance” improperly expanded the definition of sexual misconduct to include “jokes, flirting, or ‘any unwelcome conduct of a sexual nature’” as Title IX offenses, according to Yoffe.

During the Trump presidency, DeVos reversed many of Obama’s Title IX policies with new regulations. Her new rules were “on balance, careful and thorough, providing necessary protections for the rights of both accuser and accused.”

“… [T]he DeVos regulations were an example of an immoral administration doing the moral thing,” Yoffe said, revealing her anti-Trump stance as she nonetheless endorses the regulations created under his watch.

Biden’s portrait of campuses as places where sexual aggressors constantly menace women is undermined by the details of the majority of Title IX cases, which are often initially consensual encounters complicated by alcohol, bad communication, and “hurt feelings,” Yoffe wrote.

Biden’s new Obama-redux Title IX rules will return to the “single investigator” model, which will allow one campus administrator to serve as detective, prosecutor, judge and jury on a Title IX complaint, Yoffe said.

“Further, they say, it injects one person’s bias into proceedings and increases the likelihood that the investigator might miss key facts that could sway a case’s outcome,” Bauer-Wolf wrote.

Giving one person responsibility for a case they may not have thoroughly researched or fact-checked “would be a disaster,” said Joshua Engel, an Ohio-based attorney who has handled Title IX cases, as quoted in Bauer-Wolf’s article.

Biden’s new Title IX rules also undo procedural roles that protect the accused, including the right to view all evidence marshaled against him, Yoffe said.

The Biden rules also lift the requirement for a live hearing with cross-examination to follow formal complaints and allow investigations initiated by third parties against the objections of the ostensible (usually female) victims, Yoffe wrote.

In every case, adverse findings in these pseudo-criminal proceedings, “in which many were never told explicitly what they had done wrong and were unable to mount a defense,” could result in expulsion from the university, according to Yoffe.

To date, men penalized by Title IX hearings have filed approximately 675 civil suits against their colleges alleging unfair treatment, according to history Professor KC Johnson, co-author of “The Campus Rape Frenzy: The Attack on Due Process at America’s Universities.”

In John Doe v. Board of Regents of the University of Michigan, a 2018 case, the 6th Circuit U.S. Court of Appeals found that the University of Michigan had violated the due process rights of a plaintiff accused of sexual abuse. The court “ruled that universities must allow students in these cases – or their representatives – to directly question their accuser in a live hearing,” according to a September 2018 story in Inside Higher Ed.

In her essay, Yoffe also suggests that the size and scope of the campus Title IX bureaucracy has only worsened the problem. “Title IX campus officials are often highly-paid people with exceptional power,” she wrote. “Harvard boasts more than 50 Title IX coordinators…these careers depend on a steady stream of complaints.”

“Too many people have too much invested in making campus sexual politics a problem that can’t be solved.”