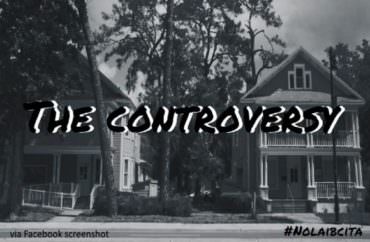 Black and Latino student groups at the University of Florida recently protested a plan to house their organizations in one building, saying it would erase and marginalize their black and brown bodies and their cultures at the predominantly white institution.

The students who were upset with the shared-building concept belong to two groups on campus, the Institute of Black Culture and the Institute of Hispanic-Latino Culture, also called La Casita.

The university recently razed the two old homes that housed the Black and Latino student groups as part of a construction project and had pushed a blueprint to replace those two facilities with a U-shaped building that would house both the Institute of Black Culture and the Institute of Hispanic-Latino Culture.

The two groups would each get their own wing of the building and simply share a walkway and elevator. The blueprint included an assembly room in which they could host joint activities, and in which other students groups could use it as well.

Their fervent protests throughout the summer, which included a march through campus, a petition, and numerous community meetings, led administrators to agree to build the Institute of Black and Latino institutes their own separate buildings.

“Some students felt strongly that the buildings remain absolutely independent, and so the Core Committee, who was charged with making a recommendation to Multicultural and Diversity Affairs, pushed for two completely separate structures, with no shared assembly space,” Margot Winick, a spokeswoman for the university, said in an email to The College Fix.

Student protests against the U-shaped building plan unfolded over the spring and summer.

“Combining the IBC and the Institute of Hispanic-Latino Cultures, or La Casita, is not only working to erase the histories of the black and Latinx communities at UF, but also to further disregard the needs and concerns of students of color within a predominantly white institution,” Khyra Keeley, a student with the Institute of Black Culture, said in a July 11 letter to the editor of The Alligator student newspaper.

Students from both groups passionately objected to sharing a building with one another, and actually formed one group to battle the blueprints together, calling themselves “No La IBCita.”

Daniel Clayton, a student member of No La IBCita, told The College Fix via email that the U-building design “erases our own mark on this campus and we get absorbed into ‘the Gator Nation’ without ever feeling a sense of home.”

The Institute for Black Culture and the Institute for Hispanic-Latino Cultures were housed in single-family homes built in the 1920s and for decades have served as a place where students studied and held programs and meetings, according to the campus spokeswoman.

Clayton said he and his peers felt that administrators were trying to push the U-shaped shared facility on them. A petition against the plan accused administrators of trying to save money by not having to build two elevators in two separate buildings, which can be expensive.

The petition, originally launched in March, garnered nearly 1,200 signatures in favor of a two-building design. However, according to Clayton, the protest was “laughed at by University administration under the claims that it was an emotionally charged attempt, nothing more.”

“My main complaint to the University administration that have chosen to take the antagonistic side in this struggle is that they don’t feel as if students really matter. Our voices are reduced to ‘complaints’ and we are not taken seriously at all,” he said. “…It is not appropriate to dismiss student concerns as being ludicrous.”

‘Stand together against this scheme to erase our history’

On July 11, No La IBCita hosted an event called “The Controversy: IBC and La Casita history teach-in,” during which speakers told the histories of the two institutions and discussed the current situation.

The next day, the students hosted a march through campus, promoting the event on Facebook by stating in part: “Enough is enough. No more talking. No more meetings. Tomorrow, we take ACTION. Join us at Turlington Plaza at 12pm SHARP as we stand together against this scheme to erase our history. Wear black!”

They called it the “March for the Cultures” and “Black and Brown Wednesday” and urged students to dress in black.

During the march, many in the crowd entered a public meeting room where the advisory planning committee was holding a public meeting about the building situation, according to a video posted on Facebook.

Soon after people started to file in, Multicultural & Diversity Affairs Executive Director Will Atkins adjourned the meeting, but later opened it back up after No La IBCita members agreed to let it stay an open discussion, the video shows.

Around a week later, the Core committee met and decided that they would adhere to the students’ wishes and go with a two-building design. No La IBCita referenced this as a “small victory” on their Facebook page. They also released a statement saying that the next step would include “ensuring that these separate institutes are visibly distinct from the rest of campus.”

Winick, the spokeswoman for the university, told The Fix that demolition of the two buildings began last week and the project budget is $6.3 million. It’s paid for through the the Capital Improvement Trust Fund, created in 1988 to be bonded every four years for non-academic student life buildings on campus, she said.

As for the controversy from the two student groups, she said “each has had its own identity and programming, and will again, once they are rebuilt. Each new facility will pay homage to each institute’s unique cultural history.”