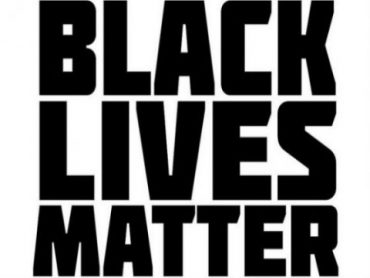 Man (wait — am I allowed to say that?), Black Lives Matter activist Deray Mckesson sure has it good. Not only did he score a $165,000 gig at Baltimore Public Schools and a great place to stay courtesy of wealthy George Soros-connected donors, he’s now a Fellow at the University of Chicago’s Institute of Politics.

The perpetual blue vest-wearing activist will “lead a seminar series focused on social justice, social media, and organizing [which] are part of a larger discussion at the Institute of Politics this year examining a range of strategies aimed at affecting social change.”

Mckesson previously served as a Mellon Undergraduate Fellow (part of the Committee on Social Thought), and had a guest lecture gig at Yale.

The addition of Mckesson pleased “several students” who were miffed at the “perceived lack of [racial] inclusivity” at the Institute.

“I think [Mckesson’s] presence reflects that the IOP has heard student concerns about a lack of diversity in the programming, and is making steps to remedy this disconnect,” said the Organization of Black Students’ Chase Woods.

“Institutions of higher learning are different faces of thought. They’re not better, not worse, they’re different,” Mckesson said. “As someone who has been an organizer for a long time…it’s important that we think critically in as many places as we can be and be exposed to the world.”

IOP Executive Director Steve Edwards told The Maroon that the IOP felt that Mckesson’s presence on campus would be timely amid heightened attention on policing.

“With so much interest in issues of policing and criminal justice on campus and around the country, the opportunity to hear from a prominent activist such as Deray Mckesson was one that we felt would prove insightful and valuable.” …

In the announcement of the Fellows, the IOP noted that Mckesson’s seminars will be part of a larger discussion in its programming this year examining different strategies for effecting social change.

Though Mckesson has significant experience as a public schools administrator, he has also participated in protests and community building activities in Ferguson, Baton Rouge, and his hometown of Baltimore. Anthony Downer, founder of a mentorship program called Leaders of Color, said Mckesson could “bring issues and people into dialogue […] like never before”:

“I’m interested in seeing how DeRay presents his seminars and engages attendees and how the IOP moves forward with choosing diverse Fellows and speakers; both will show whether or not the IOP is serious about inclusivity, which I think they are.”

Perhaps Downer could query Mckesson and his BLM comrades on just how serious about inclusivity they really are. After all, BLM activists refused to allow Cook County State’s Attorney Anita Alvarez to speak at the IOP back in February due to “her office’s role in delaying the release of a video of a Chicago Police Department officer shooting 17-year-old Laquan McDonald.”

Not to mention, when IOP director David Axelrod (yes, the David Axelrod) wrote a letter to The Maroon denouncing the group’s shout-down tactics, he was blasted too:

“Axelrod’s response inadvertently indicates that this institution only recognizes young black people when we adhere to the bourgeois standards of decorum that often leave our questions and concerns unaddressed,” Stephanie Greene and Elizabeth Adetiba wrote.

“As black student leaders with strong ties to our communities, we cannot in good conscience allow Axelrod to capitalize on the actions Black Lives Matter has carried out to place racial injustice at the top of the political agenda for the sake of enriching the IOP’s programming, while belittling them in the same breath.”

Indeed, can’t have any of those “bourgeois standards” now, can we?

Worse still this past May, the school’s Student Government’s General Assembly tabled a resolution “reaffirming the University’s commitment to free expression.” The debate referred to the Alvarez incident.

Most recently, Ms. Greene said that Mckesson’s addition to the IOP will “expand its definition of politics to include extra-systemic politics as well as the politics of young, black people in America.”

Unfortunately, those “extra-systemic politics” — along with a lack of “bourgeois standards” — don’t appear to bode well for free speech protections.

MORE: U. Chicago student government on commitment to free speech: ‘No thanks’