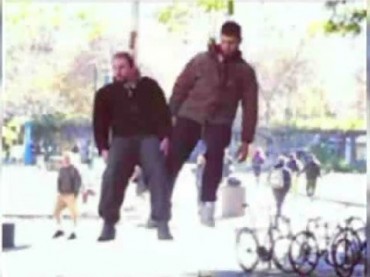 An African-American student at Sacramento State University is under fire for her recent work of art – which consisted of “lynching” two white men from a tree on the northern California campus.

The men were reportedly actors and were in no real danger during the project, which took place during the day in early December while students were on campus. The men were hung from a tree with a thick rope.

The senior responsible for the performance art, Christina Edwards, defended her project to Fox 40 News.

“The purpose of this performance was to bring to light social injustices and the issue of inequality that impacts me and my community as a whole,” Edwards said.

Edwards says she chose to illustrate this time in history by using race reversal, in an effort to shine new light on an old but standing matter. And says she followed all campus procedures.

The university doesn’t see it that way, however. University President Alexander Gonzalez released this statement saying, in part: “The university did not approve the display, and I want to assure everyone that I am working to address the multiple issues raised by this incident.”