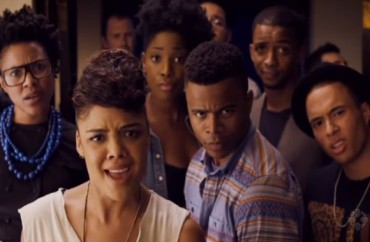 Black college students across the country have demanded that they be segregated from white peers, calling for “safe spaces” on campuses meant only for so-called students of color.

The requests for segregated spaces are found among some of the demand lists put forth by students who took part in protests this fall alleging their campuses are oppressive, discriminatory, and represent institutionalized racism.

The demands have been presented to campus administrators and are chronicled by TheDemands.org, a website run by a racial advocacy group called the Black Liberation Collective.

Not all of the 76 demand lists, each from a different university, seek segregated spaces — but several do.

At UCLA, the Afrikan Student Union is insisting upon an “Afrikan Diaspora floor” as well as an “Afro-house.”

“Black students lack spaces where they feel safe and comfortable,” the UCLA demands state. “The Afrikan Diaspora floor is a way for us to connect more to other Black students, the Afrikan Student Union, and the Afro-Am department. The floor should be branded as a safe space for all Black students.”

As for the “creation and support of a UCLA Afro-house,” the demands state “many Black students cannot afford to live in Westwood with the high prices of rent. An Afro-house would provide a cheaper alternative housing solution for Black students, that would also serve as a safe space for Black Bruins to congregate and learn from each other.”

At NYU, students demanded that “within the NYU 2031 Plan, have guaranteed that an entire floor of the mixed use building in the Southern Superblock plan be entirely dedicated to Students of Color, and another for Queer Students on campus.”

“The resource center will serve as a space on campus for Black students to gather, host programming, and to offer support to Black student organizations, all contributing to community building, increased stability, and a greater feeling of belonging at the university,” the demands add.

“We demand that spaces throughout the Oberlin College campus be designated as a safe space for Africana identifying students. Afrikan Heritage House should not be the only space allotted for the promotion and acknowledgement of our community specific needs,” the demands state, adding rooms in the library, science center and Wilder Hall should be set aside.

At Scripps and Pomona colleges, several events for students of color only have already been hosted.

This trend seems to stand against what Martin Luther King Jr., Rosa Parks, Bayard Rustin and other civil rights leaders in the past envisioned for an integrated America.

He pointed out universities have made race such a central issue that students view the world through such a lens. Underscoring that, students tend to hang out with similar students automatically, and most campuses illustrate as much.

“Do students of color hang out together because they feel disrespected and discriminated against—because they are excluded? Or is it a matter of choice rooted in racial pride, perceived cultural difference, and a desire to preserve and protect that difference from the dominant white culture?” Huffman wrote for the Hoover Institution. “While the protesters would surely assert their right to racial self-segregation for reasons of pride, solidarity and culture, they do not hesitate to claim that disrespect and discrimination by other students and school officials prevent their full and equal participation in the university.”

At the crux of the issue, he explained, is “the vast majority of our colleges and universities have made race and racial differences central to almost everything they do.”

“[T]here is nothing subtle about the most pervasive form of racial discrimination prevailing at most American colleges and universities today. It is done in the name of lifting up those who have been discriminated against in the past,” Huffman wrote. “But there should be little wonder that the intended beneficiaries of this allegedly benign discrimination feel themselves isolated and treated differently. By design, universities have isolated them and treated them differently.”

A spokesman for Claremont McKenna College told The Fix the campus’ president “has committed to a resource center organized around diversity and inclusion but in a message to the CMC community on Nov. 24, 2015, he expressly wrote this: ‘No student or group on our campus should live and learn in isolation. Indeed, both law and explicit College policy forbid social or spatial exclusion based on any specifically defined identities of race, ethnicity, or other protected classification.’”