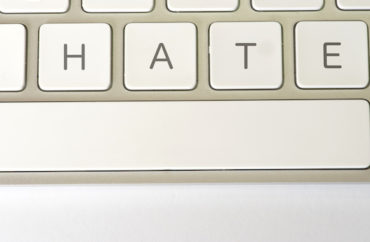 Some in the Rowan University community are upset that a “self-identifying Black” suspect who wrote “I hate (N-word)” on a female black student’s dorm door isn’t being charged with a hate crime.

According to The Philadelphia Inquirer, the incident occurred at the “predominantly white [New Jersey] campus” two weeks ago.

Surveillance footage showed the suspect, Alston Willis, along with two (white) accomplices in the predominately freshmen dorm. Willis allegedly scrawled the epithets twice on the victim’s door, the second time after she had erased it and put up decorations.

Willis was charged with harassment while the accomplices were given a warning for trespassing.

Rowan police did not charge Willis with a hate crime because they believed he was “unaware of the victim’s race.” They would not provide details on how they made that determination, however, leaving some bewildered.

Local civil rights lawyer Stanley King said “The intent was there. It was to intimidate her or other Black people.” Loretta Winters of the local NAACP chapter said “Do we give him a pass because he’s Black? It’s a violation of being stupid. It’s just not acceptable.”

The incident has sparked concern and outrage at Rowan, where Black students comprise about 10% of the more than 19,000 student population. The Black Student Union plans to hold a town hall meeting at 8 p.m. Wednesday in Bunce Hall.

Michael Lieberman, senior policy counsel for the Southern Poverty Law Center, said cases like this are considered a hate crime if victims are intentionally selected because of their race.

And some civil rights experts believe a more serious charge of bias intimidation was warranted because the victim belongs to a protected class under federal hate crime law. The law makes it a crime to commit acts that are motivated by an offender’s bias against race, religion, disability, sexual orientation, ethnicity, gender or gender identity.

In a statement following the incident, a trio of university administrators wrote “At Rowan, there is absolutely no room for discrimination or harassment, whether written or spoken. Words matter and can be weaponized to intimidate and cause harm.”