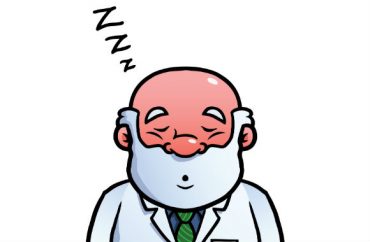 Too much attention given to ‘exotic arguments’ for due process

As activists, college leaders and the Title IX-industrial complex wait with bated breath for Education Secretary Betsy Devos’s* announcement today on how she will change the department’s approach to Title IX, it’s worth recalling some of the oft-ignored federal mandates that news coverage glosses over.

Few people analyze this better than the Competitive Enterprise Institute’s Hans Bader, who served as an attorney in the department’s Office for Civil Rights – the locus of Title IX work – in the George W. Bush administration.

Bader has been on practically a one-man mission to highlight the legal shortcomings in the regulatory guidance (“Dear Colleague” letters) issued by the Obama administration starting in 2011, and not just criticisms based on “lofty generalities such as due process and equal protection,” as he told me this week:

Bader admits that he cited those “exotic” issues as an early critic of the 2011 letter, particularly the department’s mandated evidence standard of “preponderance” (more likely than not) in campus sexual-misconduct adjudications. It’s what “would most appeal” to most potential readers, he said.

But swinging for the fences is harder than a sacrifice fly that brings in a runner on third, and it’s superfluous when “a judge has to read your brief whether it is interesting to a layperson or not.”

One of the best sacrifice flies, according to Bader, is the 2011 letter’s requirement that colleges investigate off-campus incidents.

He said Obama’s guidance (deployed against Harvard Law) “contradicted” what career staff in the Office for Civil Rights were telling colleges during Bader’s time in the Bush administration, which limited such investigations to off-campus incidents that “involve a program or activity” of the school.

At least one federal appeals court has confirmed this. Bader cites an 8th Circuit ruling from 2014 that threw out a lawsuit against Saint Louis University by an accuser who alleged she was raped at an off-campus fraternity house during a party that was not officially hosted by the fraternity.

University has no ‘control over the student conduct’

“Joan Roe” made allegations fairly typical for sexual-assault reports in the college context. Having drank before the party and continued at the party, she did not remember having sex with a male in a stairwell. She only pieced it together after waking up at a friend’s apartment, learning that she was crying at the party and had told the friend she was assaulted before passing out.

The appeals court said Roe’s traumatic encounter didn’t implicate the university. Citing Supreme Court precedent on the reach of Title IX that “a University must have had control over the situation in which the harassment or rape occurs,” the 8th Circuit said:

On the facts of this case there was no evidence that the University had control over the student conduct at the off campus party. …

We conclude that on this record Roe has not demonstrated a genuine issue of material fact as to whether Saint Louis University acted with deliberate indifference in respect to her rape and its aftermath. Although her sexual assault was clearly devastating to her, Roe has not shown that the University violated Title IX in its response to it or otherwise.

Kansas State University’s recent designation as a free-speech protector by a civil-liberties group also reminded me that it took on its rival University of Kansas over the reach of Title IX.

Intervening in a lawsuit against KU for expelling a student for alleged harassment – off campus, during the summer – KSU also cited Supreme Court precedent to argue that punishing students’ off-campus conduct would give schools “worldwide jurisdiction,” a ridiculous prospect.

KSU would later face the wrath of the feds, who intervened on the side of female plaintiffs in two lawsuits against KSU for not investigating alleged off-campus rapes. The plaintiffs claimed that KSU’s refusal to act as a police officer wherever they may find themselves created a hostile environment on campus.

Narrowly targeting this lone provision of the 2011 guidance would do wonders, Bader told me: “The demand for regulation of off-campus conduct has probably spawned more investigations over dubious allegations than the preponderance mandate.”

By contrast, the well-known preponderance standard in the Obama guidance was already being enforced by two regional offices of the Office for Civil Rights, “although OCR had never taken this position on a national basis” before 2011, he said.

In a February column, Bader highlighted other oft-overlooked weak spots in the guidance.

Obama’s appointees discouraged schools from letting parties in an adjudication “personally question or cross-examine each other,” putting colleges at risk of violating state laws on administrative procedure that guarantee cross-examination.

The prior administration also departed from its Republican and Democratic predecessors by linking appeal rights for accused students to the same for accusing students – a form of double jeopardy. Since it didn’t undertake a rulemaking to formalize this “unexplained departure from precedent,” OCR acted in an “arbitrary and capricious” manner in violation of procedural law, according to Bader.

And perhaps most brazenly, Obama’s OCR invited First Amendment lawsuits against K-12 schools by forcing them to investigate boorish (but nonthreatening) speech off school grounds.

“For the life of me, I do not understand why critics of the Dear Colleague Letter won’t attack its weakest points,” Bader told me. Perhaps after DeVos’s announcement today, they won’t need to.