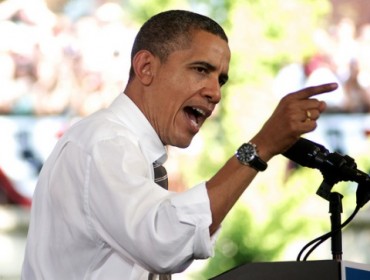 President Obama has ignored the pleas of his own allies to provide a religious exemption for organizations that do federal work – such as Christian colleges and Catholic hospitals – under an executive order to be signed Monday banning sexual-orientation discrimination in hiring, The New York Times reports:

In a July 1 letter to Mr. Obama sent the day after the Hobby Lobby case was decided, leaders of religious groups wrote that “we are asking that an extension of protection for one group not come at the expense of faith communities whose religious identity and beliefs motivate them to serve those in need.”

The effort behind the letter was organized by Michael Wear, who worked in the White House faith-based initiative during Mr. Obama’s first term and directed the president’s faith outreach in the 2012 campaign. …

Mr. Wear, who calls himself an “ardent supporter” of the president and a backer of gay rights, said in an interview on Tuesday that the rationale of the organizations was to maintain the rights they have. “We’re not trying to support crazy claims of religious privilege,” he said.

He described the letter as a request from “friends of the administration” to ensure that the executive order provides “robust” protection of religious service organizations that uphold religious-based moral standards for their staff members, whether Catholic, Jewish or Muslim.

The signature of Gordon College President D. Michael Lindsay on the Wear-organized letter has led to a backlash against the evangelical school, though its accrediting body recently said it’s not facing loss of accreditation.