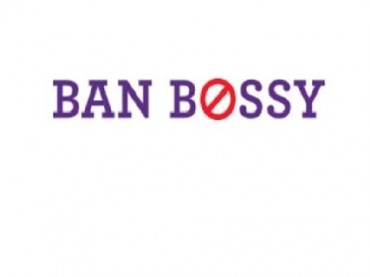 ‘Bossy’ is a label, the campaign announces: it holds girls back and will ultimately hold them back as women. So, stop using it.

This is not, however, exactly the case: coming from some of the most powerful women in the world, the complaint rings strangely hollow. Certainly, strong women have often been maligned, but emotionally weak women have sometimes been domineering, and it is this arrogant use of influence that people call ‘bossy,’ in either gender and at any age. Strong people do not resort to domination to prove their worthiness.

A man would not be permitted to ban the word ‘violence’ or ‘bullying’ as it pertained to men, because doing so would be a farce: there are more men in prison for violence than there are women. A society that looks down on spitefulness and violence but values leadership and tact is a society that understands something important about life.

Sandberg suggests a unique response when girls are labeled ‘bossy.’

But is the behavior described by the word bossy really the skill set of an executive? A solid work ethic, savvy with assets, the ability to motivate people, a calm head under pressure, the ability to set goals and follow through, strong decision-making skills – it is traits like these that have always been necessary in leaders.

A bossy person is frequently lazy – pushing their own work onto other people, easily angered, predictably selfish, and always demotivating. While bossy tendencies in children can and should be guided into productive energy, perhaps the only one authorized to demonstrate this level of optimism is a mother.

“Women systematically underestimate their own abilities,” Sandberg told an audience at TED in 2010.

Here she is correct. The solution, however, is not denial of the nagging inner doubt (which doubt sometimes manifests itself in undue control tactics – bossiness). Self-esteem rises, not through pep rallies, in which we sometimes lie to ourselves about the quality of our performance, but by means of the internal high when a person pushes through something difficult and comes out the other side.

Women, like men, should learn the art of negotiating for their salaries, take credit for their success in the workplace, and be confident in their strengths. But they should not be encouraged into arrogance, or bullied to pursue power in order to inflate arbitrary workplace statistics.

“I’m not bossy,” Beyoncé shrugs to the camera at BanBossy.com. “I’m the boss.”

She might do well to take a cue from a woman with indisputable leadership ability. As Margaret Thatcher put it: “Being powerful is like being a lady. If you have to tell people you are, you aren’t.”

The caricature of the ‘bossy’ woman is unfortunate, but it is sometimes accurate. We all know these women, and we all dislike them. Loud, pushy, sarcastic, domineering – these are not attractive qualities in any person, but in a woman they seem especially hurtful.

Literature has always insinuated that a bad woman, for example, is a more horrifying thing than a bad man. This is not, of course, a censure of women, but a compliment to them. Society tends to hold the nurturing capabilities of femininity with a well-deserved sacredness: an evil woman, then, seems especially awful. The evil stepmother has generally been more hated than she was feared, while the ogres were more feared than they were hated.

Furthermore, it seems rash to ‘ban bossy’ for the same reason it is ill-advised to ban any word.

Words are the channels of ideas, and a free society cannot support the banning of ideas. Ideas should be considered on their merits, and accepted or rejected on their merits. A reasonable mind does not ban ideas any more frequently than it burns books.

Besides, banning words is ineffectual, in the sense that banning words does not make the people described by those words go away. Instead, banning words deprives people of the most important tool they have to communicate what is happening in their world.

It may also be worthwhile to consider that when words are lost, thoughts are lost as well: people do not think thoughts for which words do not exist. In this sense, banning words is successful indeed, and dangerously so.

What if, instead of ‘banning bossy,’ we promoted true ‘executive leadership qualities’ in girls and women? Good leadership, after all, is service – mustering the talent of a specific community for the benefit of a common cause. Bossiness, on the other hand, is primarily concerned with advancing #1. It is noisy, it is fond of power, it is rude, and it will always be disliked.

There is such a thing as a bossy woman, but she should not be sugar-coated: she should be invited to embrace a leadership whose mission extends beyond the confines of her own career.

And for the true ‘executive leaders,’ the proven and the primed, who cannot always escape the ‘bossy’ label from jealous and small-minded peers?

‘Haters always gonna hate,’ and savvy women will always ignore them. Facebook tycoon Sheryl Sandberg knows this to be true, because she is one such savvy woman. Rioting for victim status has done some privileged people some good, but they are few and their successes have been far between.

The girls Sandburg addresses would be better served by a confident message: “That’s not your problem, honey.”