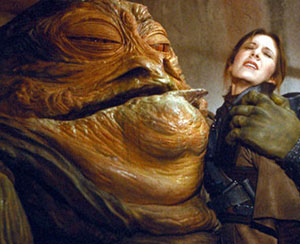 The constitutional law professor-in-chief has a recurring problem with the Constitution’s due-process protections, which is bad news for civil libertarians of all stripes.

That’s illustrated most recently in the Obama administration’s budget proposal for the Department of Education’s Office for Civil Rights, which for years has pressured colleges to weaken evidence standards and side with accusers in sexual-assault adjudications.

The Chronicle of Higher Education reports that OCR would get a 31 percent bump, to $131 million:

With that budget boost, the office would hire 210 new full-time staff members, increasing its ranks from 544 to 754—a number that might be better equipped to handle the more than 90 investigations that are currently open. That is just part of the ramping up—and professionalization—of what is becoming an entire industry that investigates and oversees sexual-assault complaints.

“Industry” is the right word for it – “professionalization,” doubtful.

It reminds me of the Jabba the Hutt-like shape the Department of Homeland Security took after 9/11, when every decision to expand Leviathan’s tentacles (mixed metaphor, I know) into your shoes and body cavities seemed pre-approved, like a Capital One card from Alec Baldwin. The Competitive Enterprise Institute’s Hans Bader, a former OCR staffer, argues the agency should have its budget cut because it has “twisted virtually every statute it is charged with enforcing,” including Title IX:

Cutting its budget would make it harder for it to punish school districts and colleges for perfectly lawful and reasonable policies. …

Moreover, OCR has micromanaged college investigations in sexual harassment and assault cases in ways that make them more costly, unfair, and likely to cause the expulsion of innocent people. It also has undermined efforts to criminally prosecute rapists and prevent future rapes by failing to ensure that such crimes are properly reported to prosecutors.

A short list from Bader: Requiring Harvard Law to “parrot” OCR guidance that no court has ever validated; punishing Tufts for letting an accused student introduce exculpatory evidence into his proceeding because it allegedly violated the accuser’s “privacy”; and warning Virginia legislators that mandatory reporting of alleged rapes to police violates Title IX.

The parents of the Virginia Tech student who disappeared in 2009 after leaving a concert – and whose remains were found months later – support “some form of mandatory reporting,” by the way, the Washington Post notes:

A man who police say is linked to [Morgan] Harrington’s case had been accused of sexual assaults at two other universities a decade ago, and he has been charged in the more recent abduction of University of Virginia student Hannah Graham, an 18-year-old from Fairfax County who was also found slain. OCR’s theatrics have badly damaged the rights of students and professors. As an example, the City University of New York recently instructed faculty members not to use the gender-specific salutations “Mr.” and “Ms.” Why? Because CUNY administrators wrongly believe Title IX requires them to police gender-related speech—and OCR’s army of overzealous bureaucrats is to blame for the confusion.

Bader notes that several students have extracted large settlements out of colleges for botching their sexual-assault cases, showing that an expanded army of Keystone Kops isn’t necessary for the legal system to work:

If OCR seems “overworked” to President Obama, it’s only because it makes up so many violations out of thin air that the number of OCR investigations have multiplied as a result. If people truly have valid discrimination or harassment claims, and actually were mistreated by a college or school, they can bring a private lawsuit without any participation by OCR. …

And if students win their Title IX or Title VI lawsuit, the school has to pay their attorney’s fees to boot, under a pro-plaintiff rule known as the Christiansburg Garment rule.

The Hillsdale College model of no federal funding is looking much better in the midst of OCR’s witch hunts, George Leef writes at Forbes:

The school runs its own student loan system, described here by president Larry Arnn, thereby remaining free of the busybodies in Washington. (Running your own system for helping students finance their education has two other big advantages: it reminds administrators to minimize costs and also helps deter non-serious students.) …

This isn’t how America was supposed to work, with unelected and unaccountable minions in Washington ordering the rest of us around. We would have avoided that by keeping to the Constitution’s limits on the proper subjects for federal spending. The only bright side of the ramped-up bureaucracy at OCR may be that more hideously unfair adjudications get taken to court by accused students, creating a sizable body of case law that encourages schools to bluff the bureaucrats on their threats.