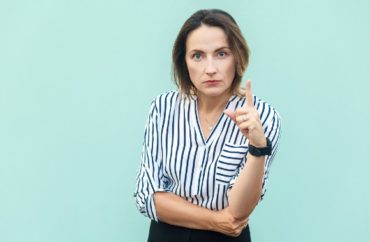 The National Association of Scholars responded to a letter from academic groups that opposed so-called “bans” on Critical Race Theory.

NAS President Peter Wood called the letter “a combination of truisms and excuse-making for the introduction of tendentious and destructive ideologies in the classroom.”

The right-leaning group said there is a difference between teaching about race and teaching white kids that they are inherently racist.

“Americans have long since reached an agreement that schools and colleges should not promote divisive racial or ethnic stereotypes, the use of slurs or other demeaning language, or concepts aimed at stigmatizing social groups,” Peter Wood wrote at the NAS website.

Wood gave examples such as “eugenics” and “manifest destiny” as concepts that students should learn.

He explained the current problem:

A challenge that now faces Americans is that a new wave of contentious ideology has found favor among many educators who seek to introduce it under the guise of established fact or well-established opinion. In some cases, this ideology is presented as part of American history, and in other cases, as part of civics instruction.

Furthermore, other academic groups and CRT proponents are trying to present their opinion as a historical fact.

The essence of this dogma is that white racism is pervasive and accounts for all disparities and all problems faced by members of minority groups. Like all dogmas, this one aspires to exclusivity. It is not presented as one idea among many, but as the sole idea that enlightened and morally upright people should recognize as valid.

“Real teachers focus on the intellectual growth of students, not on their political or social engagement,” Wood said. “The character they should seek to foster in their students is that of disengaged love of learning married to affection for their country and their fellow Americans.”