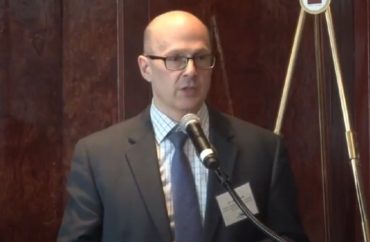 The National Association of Scholars and its president, Peter Wood, released a plan for dismantling the Diversity, Equity and Inclusion “regime” on campus.

“Repelling the DEI Assault on Higher Education,” a statement paper released on June 13, gives an overview of the problem on college campuses and provides solutions on how to fight it.

Legislators should start with “independent institutional audits aimed at discovering how deeply and how firmly DEI has been embedded in a college or university.” This will allow them to know how bad the situation is.

One option includes a ban on “mandatory DEI training.”

Wood wrote in the statement paper why he supports this:

This training imposes on faculty members and staff indoctrination on matters of personal belief. Often it [is] in violation of the conscience of individuals who must submit to falsehoods about their personal identities as well as misrepresentations of history and society. Seldom does such training bear in any constructive way on professional competence or job responsibilities that are appropriately part of the individual’s employment.

Legislators should also ban “all forms of DEI evaluation.”

Other steps include more transparency and “vigilance” over how a woke agenda is embedded in universities.

Finally, legislators should “[t]erminate funding to institutions that refuse to mend their ways.”

Higher education is in the midst of a large-scale transformation as the number of students who wish to attend college continues to decline. Another significant fraction of college-age students has chosen to pursue degrees through remote learning, further eroding the traditional base of colleges and universities. Faced with these realities, some colleges have already closed or merged, and competent observers predict more will follow. This situation relieves legislatures from much of the pressure to maintain financial support for colleges and universities that fail to excel according to state standards. In the past, withdrawing state financial support for such institutions often faced insurmountable political obstacles. Today, public support for marginal colleges is in steep decline. This makes it feasible for legislatures to draw a hard line on DEI. The institutions that defy legislatures by continuing their racist “anti-racist” program or disregard demands for transparency should lose public funding, up to including termination of all public support.