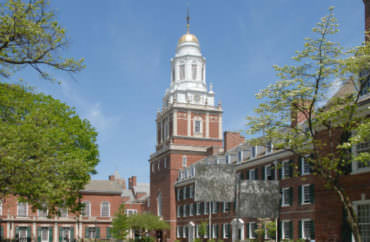 RealClearEducation recently asked academics, pundits and policy experts to vote on the best and worst colleges and universities for free speech and viewpoint diversity.

The results are in, and of the 22 who participated (most of whom are right-leaning), they voted Yale University as the worst university for free speech and diversity viewpoint and the University of Chicago as the best.

Why did Yale top the bad list with the most votes? “High-profile controversies related to free speech and academic freedom, including the ouster of a professor from his position as a college master, the contentious renaming of a residential building, and the removal or destruction of controversial artwork on campus likely contributed to Yale’s troubled reputation among our respondents,” reported Nathan Harden, RealClearEducation’s editor, who is also a Yale alumnus and former editor of The College Fix.

“Yale was followed by Harvard University, Williams College, Oberlin College, Liberty University, DePaul University, and Brown University among schools identified most often by our panelists as in need of improvement with respect to campus speech climate,” the report states.

On the flip side, the University of Chicago kept its reputation as the best for free speech and viewpoint diversity. Other top vote-getters included Purdue, Princeton, the University of Virginia, Arizona State and Claremont McKenna College.

The report lists who voted in the survey. It includes current College Fix editor Jennifer Kabbany, as well as John J. Miller, executive director of the Student Free Press Association, which publishes The College Fix.

Those surveyed were given a chance to weigh in on the topic, and here are Kabbany’s and Miller’s sentiments:

Jennifer Kabbany
“When students, and even many professors, are afraid to voice their unpopular opinions for fear that they will be attacked by a mob of social justice warriors or ostracized by their peers, then it is no longer a place of higher education, or academic inquiry, or stimulating debate — it is an Orwellian dead zone. Far too many scholars have abdicated their professional responsibility to teach the whole subject in favor of providing their narrow and biased narrative.”

John J. Miller
“When I think about free speech and open inquiry on campus, I think of a line written by John Milton long ago: ‘Where there is much desire to learn, there of necessity will be much arguing, much writing, many opinions; for opinion in good men is but knowledge in the making.’”

Read the full report at RealClearEducation.