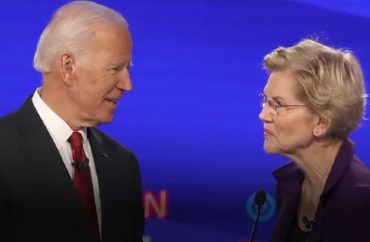 President Joe Biden does not have the legal authority to cancel student loans by executive order, according to a report prepared by the Texas Public Policy Foundation.

First, the assumption of the loans by the federal government would represent a spending of money that has not been authorized by Congress, the foundation reported.

Second, the Higher Education Act of 1965 does not give broad authority for the Secretary of Education to modify or waive all student loans.

Student loan amnesty activists often refer to a section in the law that gave the Education Secretary the power to “modify, compromise, waive, or release any right, title, claim, lien, or demand, however acquired, including any equity or any right of redemption.”

This section only refers to specific programs, such as Public Service Loan Forgiveness, created through that Act.

“No one else in the U.S. government can unilaterally spend $1.6 trillion dollars at their sole discretion,” the foundation wrote. “[S]o it would be strange if the secretary of education was the sole exception to that rule based on an obscure provision that laid undiscovered for decades.”

Debt transfer proponents would still face problems “[even if] there is a loophole that allows universal forgiveness without congressional approval, [because] it would not apply to the vast majority of current student loans.”

That is because “only $230 billion” of the $1.6 trillion in outstanding student loan debt falls under the 1965 education law.