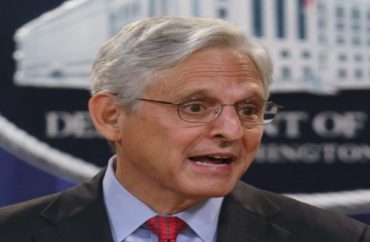 As the Biden Department of Justice has followed up on the National School Board Association’s request to examine alleged threats to school board members and education officials, National Review’s Andrew McCarthy says the feds are way out of bounds.

“[Attorney General Merrick] Garland knows this is dangerous nonsense. I personally know that he knows it,” McCarthy writes.

Almost 30 years ago, the Clinton Justice Department — for whom Garland was a “high-ranking official” — gave McCarthy a “very hard time” about charging terrorist Sheikh Omar Abdel Rahman with soliciting acts of violence and seditious conspiracy, despite mounds of evidence.

The reason: “the imperative to avoid ‘chilling’ speech by conflating criminal incitement with constitutionally protected rhetoric that expressed hatred for America.”

McCarthy eventually got what he wanted with regards to Rahman; the point is how Garland reacted to a terrorist for whom there was ample evidence, and now to parents and community members who are dissatisfied with their local school boards’ policies on anything from face masks to critical race theory.

Garland well knows, as he and Clinton officials stressed to me nearly 30 years ago, that in the incitement context, the First Amendment protects speech unless it unambiguously calls for the use of force that the speaker clearly intends, under circumstances in which the likelihood of violence is real and imminent. Even actual “threats of violence” are not actionable unless they meet this high threshold.

A fortiori, the First Amendment fully protects speech evincing “efforts to intimidate individuals based on their views.” As long as such speech does not constitute a clear and imminent threat to do violence if the individual acts on his or her views, there is no incitement — and hence no law-enforcement interest to vindicate.

And in particular, there is no federal law-enforcement interest to vindicate. Under the congressional statute criminalizing incitement (section 373 of the penal law, “Solicitation to commit a crime of violence”), even an actual threat of violence is not actionable unless the speaker has called for “physical force against property or against the person of another in violation of the laws of the United States” (emphasis added).

Indeed, local school board matters are a local and state matter. If there are credible threats and/or violence against school board members or educators, law enforcement for those jurisdictions should handle it.