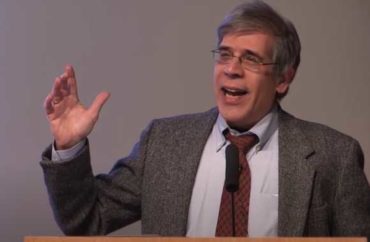 Ecologist and evolutionary biologist Jerry Coyne, professor emeritus at the University of Chicago, refuted a New York Times op-ed arguing that the “maternal instinct” is a myth of the patriarchy.

“The notion that the selflessness and tenderness babies require is uniquely ingrained in the biology of women, ready to go at the flip of a switch, is a relatively modern — and pernicious — one,” Conaboy, a journalist, wrote in an August 26 New York Times op-ed. “It was constructed over decades by men selling an image of what a mother should be, diverting our attention from what she actually is and calling it science.”

“It’s undoubtedly true that women were socialized into the sex role as offspring, breeders and caretakers, with men assuming the ‘breadwinning’ role,” Coyne wrote in response.

However, “to claim that women don’t have a greater desire than men to care for offspring, or have a greater emotional affinity towards offspring, is to deny biology, and evolution in particular,” Coyne continued.

“Across the animal kingdom, when members of only one sex do most of the childrearing, it’s almost invariably the females,” Coyne stated.

“Note that I am just talking about behavior, not ‘feelings’ here,” Coyne wrote. “But these behaviors are clearly seen in primates like gorillas and chimpanzees, and here we can start advancing hypotheses about emotions.”

“And since animals don’t have humanlike culture, you can’t explain it by socialization,” Coyne added.

“In the end, in her attack on sexism and its attendant limitation of women’s opportunities (a view I share), Conoboy is forced to deny all the facts of biology, even dragging in the much beleaguered Darwin for a good drubbing,” Coyne stated.

“But she hasn’t done her homework,” he wrote. “If she had, she’d see that maternal instincts are not limited to humans, but are widespread among animals. And she’d see that there are good evolutionary reasons for such instincts—reasons that, in our species, could lead to a difference in feelings towards infants.”