Is the answer to black oppression … woke white people?

Not even close, argues Charles Love, assistant executive director of Seeking Educational Excellence, a nonprofit that describes itself as “committed to ending identity politics and the social justice agenda in schools.”

Love (pictured), in an op-ed in the New York Post, spells out the problem as he sees it:

This month’s protests started out as a black movement against police brutality, but they have a different look now. In many cases, whites have taken over. They apologize for their “white privilege” and, in at least one case, wash black people’s feet to expiate their collective sins. … 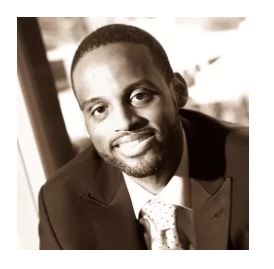 That’s when I realized that white wokeness is the new factor in our national life. It has been embedded into the consciousness of whites that all blacks are the same and that they all face impossible barriers to improvement — from standardized tests to the black men being arrested on the nightly news. A growing number of whites believe that black life is unrelentingly grim.

Most whites don’t have many black friends to give them firsthand accounts of what their ­experiences are with racism. While most blacks do experience some discrimination or ­racial prejudice, it is rarely violent, and it doesn’t hold them back in a significant sense. The media give a distorted view of black life. …

Blacks do lag whites in many socioeconomic indicators — but most blacks don’t live in poverty, don’t have constant run-ins with law enforcement and aren’t uneducated. …

Most woke whites have good intentions, but their symbolic gestures will, at best, have little effect and, at worst, do real harm. The campaign against ­police is a good example. Broad anti-police sentiment has ­already caused cops to become less proactive in high-crime neighborhoods, with the predictable result that shootings have spiked around the country.

Whites are engaging in activism motivated by a misperception about black life that doesn’t comport with reality for most blacks. With their views of blacks as wounded and perpetually oppressed, woke whites would do more good by doing nothing.

Read the full op-ed at the New York Post.