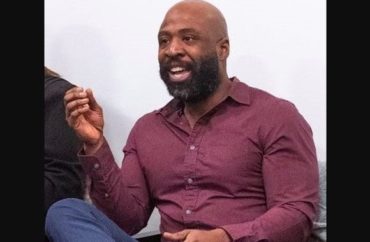 A black York College professor of rhetoric and composition recently ripped anti-racism trainings as “focus[ed] on a victim narrative” and steeped in “quasi-Marxist theory.”

In an interview with Colorado Politics, Erec Smith said he grew up bridging two worlds — a mainly white neighborhood and a high school that was half-black.

“First, I learned from my grade school peers’ racism that they wanted me to feel like a victim with little to know [sic] power,” Smith said. “Second, my black high school peers seemed to resent me for not embracing victimhood and an ‘underdog’ disposition.”

Unlike many of his academic contemporaries who claim things “are just as bad or worse than they were 40, 50, or even 60 years ago,” Smith said things racial indeed have improved. Critical race theory, he said, assumes “racism is omnipresent and that the primary framework of society is that of oppressor/oppressed.”

Smith’s own definition of “anti-racism” is simply “allowing people of all races to enjoy the rights to life, liberty, and the pursuit of happiness.”

[A]nti-racist pedagogy instills nihilism as the correct frame through which to see the world and blinds students to other, more practical ways of addressing racism. What’s more, there is a religious zeal that seems to drive this movement. Teaching Critical Race Theory (CRT) or even Critical Social Justice (CSJ) alongside other lens through which to see the world is not an option. The correct way to look at things is through a CSJ lens; all else is white supremacy. Because of this, math has become Math for anti-racism, put forth famously by a white paper titled The Pathway to Equitable Math Instruction. History is taught only in a way that justifies counter-hegemonic sentiments, exemplified by the infamous 1619 Project. Social Emotional Learning has been revamped to become Social Emotional Learning insofar as it is used for social justice, which can be seen by the Collaborative on Social Emotional Learning’s coining of the term “Transformational SEL” to distinguish it from its traditional meaning, now downgraded to “white supremacy with a hug” because it does not focus primarily on race.

Smith said he understands the passion behind calling slavery America’s “original sin”; however, he said this term “implies a vice that cannot be overcome,” something which he does not believe.