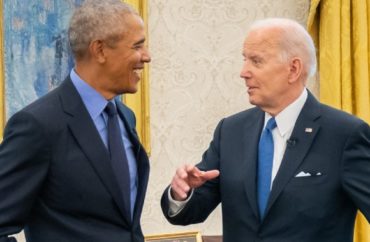 An economic adviser to President Barack Obama’s administration said a $10,000 student loan bailout would be a “huge mistake.”

Katherine Abraham, a professor at the University of Maryland and economist on Obama’s Council of Economic Advisers, explained why in a recent essay in Politico. She wrote it with Michael Strain, an economist with the American Enterprise Institute.

Blanket forgiveness of student loans, as President Joe Biden appears poised to offer, would be a huge mistake. It’s regressive and unfair. Over time, it could well increase the number of people struggling with student debt. And while billed as a “one time” policy, it would set a terrible precedent. This is not to say there aren’t student borrowers who need help. But there are better ways to support them than a giveaway that would primarily benefit well-off professionals.

The rumored plan by President Joe Biden to have taxpayers assume the responsibility for $10,000 in student loans per borrower is “extremely regressive,” Strain and Abraham wrote. “Relatively few low-income households have student debt and, among those who do, outstanding loan balances are smaller than for higher-income borrowers,” the pair wrote.

It would also violate basic principles of fairness.

One of the bedrock principles of sound economic policy is that similarly situated people should be treated similarly. Student loan forgiveness would take a hatchet to this principle. It would be a slap in the face to individuals from modest backgrounds who attended college but never took on debt or have already paid it off. What would the administration say to a person who struggled for years to pay off her student loans, finally becoming debt free last month? Or to the people who chose to attend their local community college rather than a more expensive four-year college because they did not want to borrow? Or to the people who avoided debt by serving in the military to qualify for GI Bill benefits?

It would also create a moral hazard, where future borrowers would expect their own bailout.

“Student loan forgiveness sets a terrible precedent as well,” the two economists wrote. “Because future students might reasonably expect their debt to be forgiven too, there is a real risk it would encourage excessive borrowing.”