Last week, we featured a one-year vocational-training program that serves as an alternative to college at which students pay no tuition until they land a job with a $50,000 annual salary. 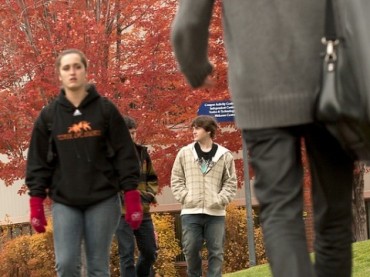 Now comes word of a two-year college that gives students a free second year of tuition if they successfully finish their first year while completing at least 30 credit hours, Inside Higher Ed reports. The school is Marion Technical College in Ohio.

The idea first came from Inside Higher Ed writer Matt Reed, who had reasoned: “The up-front cost would be much less because it wouldn’t cover students who walk away after a semester or two. But the message to students would actually be positive. ‘Show us you’re serious,’ the program would say, ‘and we’ll help you finish.’ The free second year is earned by the successful completion of the first. It looks less like a freebie and more like a reward. It answers the cultural desire for ‘skin in the game’ by having students work for it.”

Leaders at Marion thought it made sense, and “thus emerged the Marion Tech idea, better known as the Get to Next Scholars program. Incoming students will receive a tuition-free second year — or 35 credit hours free — if they complete at least 30 hours of college-level courses in the first year while earning at least a 2.5 grade point average.”