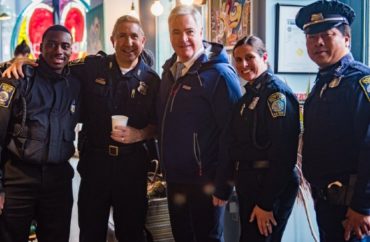 By Brent Rowland and Tom Gantert | The Center Square

A statewide police education program that pays police officers for getting a college degree cost Boston $132.2 million over the past five years despite being closed to new employees more than a decade ago.

In 2021, the city of Boston spent $28.5 million on additional pay for 1,386 police employees through the Police Career Incentive Pay Program, also known as the Quinn Bill. One of the city’s top-paid employees made an additional $230,000 over five years through the program.

The program provides a 10% increase in base pay for an associate’s degree, a 20% increase for a bachelor’s degree and a 25% increase for a master’s or law degree. Police employees throughout Massachusetts were eligible for the program.

The Boston Police Department did not respond to requests from The Center Square for information about the costs or benefits of the program.

Massachusetts lawmakers passed the Quinn Bill in 1970 three years after the Johnson Crime Commission released a report that recommended more education for police officers. But the state law soon came under fire from the Boston Globe’s Spotlight Team in 1985 for its high costs and the low academic requirements for police officers. A 2003 report from the Boston Municipal Research Bureau, a nonpartisan research organization, found little benefit to the program.

“Compensating law-enforcement officers for educational attainment under the Quinn Bill is a big investment but less justifiable when the educational programs most popular with police officers are considered to be mediocre at best,” according to the bureau’s report. “From 1970 to February 2003, the only academic requirement of the Quinn Bill was that a police officer graduate with a relevant degree from a New England-based college accredited by the New England Association of Schools and Colleges or one approved by the Massachusetts Board of Higher Education. No standards existed for curriculum, instructor certification, attendance, or course requirements beyond those set by the institution itself. Standards established by some institutions would not be sufficient to ensure academic quality in instruction and in student performance, given their financial incentive to churn out Quinn Bill-eligible graduates.”

It further noted that “the Quinn Bill has created a lucrative market for colleges that cater to police officers who are working full-time by offering convenient locations and relaxed course requirements rather than academic rigor in their criminal-justice programs.”

Changes made in the program over the years aimed to fix some of its problems, but in 2009 lawmakers eliminated the program for police officers hired after July 1, 2009, according to the Massachusetts Department of Higher Education’s Office of Student Financial Assistance. Despite the decision to phase out the program, it still costs taxpayers millions of dollars each year.

The superintendent-in-chief, Gregory Long, reports directly to Boston Police Commissioner Michael Cox. Long, the highest-ranking police officer in the department, is “responsible for the development, review, evaluation, and recommendation to the Police Commissioner of policies, procedures, and programs necessary to ensure the implementation of community policing and the effective delivery of police services to the public,” according to the department.

Long has received an additional $230,615 in pay through the Police Career Incentive Pay Program from 2017 to 2021, according to city records. He did not respond to emailed questions about the costs of the program.