It is commonly understood that college students are too sensitive. But a recent op-ed at National Review Online tries to understand exactly why they are such snowflakes–and it points a damning finger at college administrators.

Columnist George Will writes about what politician Daniel Patrick Moynihan describes as “the leakage of reality from American life.” He argues that this leakage is especially pervasive on college campuses because “institutions employ so many people whose talents, such as they are, are extraneous to the institutions’ core mission: scholarship.” 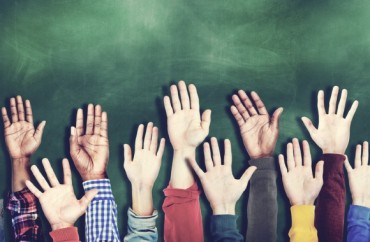 Will sums up everything wrong with college bureaucracy in one succinct statement: “Anything that can be construed as bigotry and hatred should be so construed, and anything construed as such should be considered evidence of an epidemic.”

He explains: “The problem is not anti-intellectualism but the ‘un-intellectualism’ of a growing cohort of persons who, lacking talents for or training in scholarship, find vocations in micromanaging student behavior in order to combat imagined threats to ‘social justice’.”

He cites Heather Mac Donald’s recent book that discussed the rise of what “tort law practitioners call ‘eggshell plaintiffs,’ people who make a cult of fragility — being ‘triggered’ (i.e., traumatized) by this or that idea of speech.”

The issue comes from an overly broad definition of what is considered offensive:

Students encouraged to feel fragile will learn to recoil from “microagressions” so micro that few can discern them. A University of California guide to microaggressions gave these examples of insensitive speech: “I believe the most qualified person should get the job” and “Everyone can succeed in this society if they work hard enough.” Fragile students are encouraged in “narcissistic victimhood” by administrators whose vocation is to tend to the injured. These administrators are, Mac Donald argues, “determined to preserve in many of their students the thin skin and solipsism of adolescence.”

He concludes with a devastating takedown of contemporary campus orthodoxy surrounding diversity:

When all icons have been smashed, the iconoclast’s lot is not a happy one. Similarly, academic administrators whose mission is the elimination of racism have difficulty finding any in colleges and universities whose student admissions and faculty-hiring practices are shaped by the relentless pursuit of diversity.