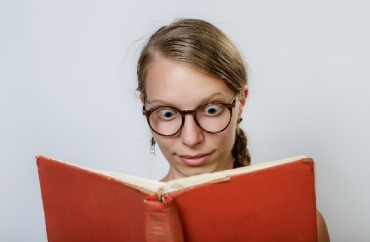 For the past year, The College Fix has been bringing you detailed reports about so-called “bias response” systems on college campuses. Hundreds of schools around the country have set up such systems that allow students to report either fellow students or professor for perceived “bias” on campus. If a student or professor says something that makes an individual uncomfortable, they may anonymously report that person to the school’s administration.

In The Dispatch, today, Fix Senior Reporter Christian Schneider takes a detailed look at the bias reports filed at the University of Wisconsin-Madison throughout the 2018-19 school year. The article begins with an example of a student explaining the offensiveness of a common term:

When students settled in to a sociology class on the University of Wisconsin-Madison campus on September 14, 2018, the professor started describing certain theories he said he was eager to critique in a proposal that he was thinking of sending to the sociology department.

Yet, the professor added, some theories and beliefs couldn’t be critiqued; he called them “sacred cows” within academia.

This statement angered one student, who complained to university administrators that use of the term “sacred cows” was inappropriate.

“The way he used this term was offensive to me, because in some cultures, cows are deemed to be sacred, and his employment of the term as a snarky rhetorical device demonstrates the lack of awareness or concern this person has towards future colleagues and students who might be from those countries,” the student wrote.

“I grew up in India, and found his use of this terminology to be condescending and racist,” the student added. “I would not feel safe around him, and feel that his confident lack of awareness perpetuates the unsafe white-centric and white-supremacist environment of UW-Madison.”

In another example, a group of woke students threatened to “knife” a male student who said he wouldn’t have sex with a transgender female:

In April, a group of students in the same dorm took to a Facebook Messenger chat to threaten a cisgender male student who was heard saying he “would not feel comfortable sexually engaging with another male who identifies as a trans woman.”

“At least he used the right pronouns but god kill him,” wrote one student. “I’m going to stab him with a dick shaped knife,” wrote another.

Another student reported the conversation on the threatened student’s behalf.