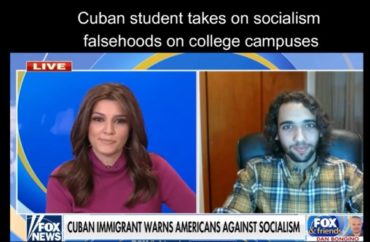 He sees similarities between Communist Cuba and college campuses

College Fix contributor Justo Triana joined “Fox and Friends” this weekend to discuss his recent opinion piece about his work to educate his peers about Cuba and perils of socialism.

Triana told Fox News he sees similarities between Cuba’s suppression of free speech and dissent and what he sees on college campuses. The Syracuse student says he wants his peers to understand what it is really like to live under socialism.