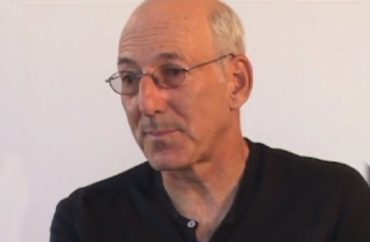 Conservatives were right to fear the effects that leftist ideologies such as Marxism would have on broader society, a retired history professor at the University of California Los Angeles wrote recently.

Professor Emeritus Russell Jacoby wrote in Tablet that he made a mistake 35 years ago when he wrote a book that dismissed conservative concerns about how leftism on college campuses would infect the broader society. Jacoby was involved with leftist activism himself.

He wrote in his December 18 essay:

I argued that the conservatives should awake from their nightmare of radical scholars destroying America and relax; academic revolutionaries preoccupied themselves with their careers and perks. If they made waves, they were confined to the campus pool. In my more paranoid moments, I wondered if a cunning plan had been enacted: Conservatives pretended to be outraged at radicals on campus, but faced with a generation of subversive students, they judged it would be better to keep them locked up in the university, which would limit the damage.

Both conservatives, who wanted to keep the leftists contained to departments like gender studies, and liberals like himself who believed that’s where most intellectuals would stay, were wrong, the professor wrote.

Many, due to a decline in faculty positions at universities, left to enter the workforce at major corporations, publications or nonprofits.

What became of them? No single answer is possible. They joined the work force. Some became baristas, tech supporters, Amazon staffers and real estate agents. Others with intellectual ambitions found positions with the remaining newspapers and online periodicals, but most often they landed jobs as writers or researchers with liberal government agencies, foundations, or NGOs. In all these capacities they brought along the sensibilities and jargon they learned on campus.

His essay provided numerous examples, including the use of the word “birthing people” and the ACLU’s retreat from its support for the First Amendment.

“The former prospered in their campus enclaves by plumping each other’s brilliance, but they left the rest of us alone,” Professor Jacoby argued. “The latter, their students, however, constitute an unmitigated disaster, intellectually and politically, as they enter the workforce.”