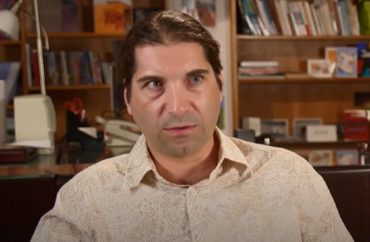 A Cornell University professor recently wrote an essay critical of identity politics and “identity determinism” for Harper’s Magazine. He argued that identity politics has grown out of control and silences debate and discussion. He further warned that its use can trap and “imprison” people.

Laurent Dubreuil, a literature professor at the Ivy League institution, said “identity determinism has become an additional layer of oppression, one that fails to address the problems it clumsily articulates.”

Dubreuil, the first in his family to graduate college, rejected an invitation to wear a button showcasing the fact he was a first-generation college graduate.

He criticized the growth in identity politics beyond the normal areas of gender, race and sexual orientation.

Race, gender, and sexual orientation were the three main dimensions of what in the 1970s began to be called identity politics. These traits continue to be key today. But affirmed identities are mushrooming. The slightest shared characteristic, once anchored in a narrative of pain, can give rise to a new group. There is now a rural identity, a peanut-allergic identity, a fat identity, an ADHD identity, and so on.

…Whereas identity politics, as theorized four decades ago, aimed to liberate the oppressed and to oppose American capitalism, its main form today is more invested in changing the direction of domination and in multiplying restrictions. It is the social order of the day, its rhetoric ubiquitous in the neurotic centers of the American economy (universities, the media, the tech sector).

The professor argued that the growth in identity politics has led to a different form of oppression and that it has metaphorically imprisoned people.

We all should have the right to evade identification, individually and collectively. What’s more, identity politics as now practiced does not put an end to racism, sexism, or other sorts of exclusion or exploitation. Ready-made identities imprison us in stereotyped narratives of trauma. In short, identity determinism has become an additional layer of oppression, one that fails to address the problems it clumsily articulates.

Universities should be open to debate and discussion, Dubreuil said. But instead, he warned, colleges could become too focused on serving the different identity groups, leading to a silencing of dissent.

With their official emphasis on open-ended scholarly discussion, universities should offer a counterpoint. But American academia tends to align itself with the business world, and corporations cater to the perceived needs of their customers. In colleges, such accommodations may begin with the exclusion of dissenting voices under the pretext of protecting certain identity groups—such as by passing over works that run counter to their supposed interests. The next step is to prevent dialogue in the classroom by forbidding students to talk (this is the traditional, magisterial approach) or avoiding all conflicts and contradictions among participants, thereby confusing a college seminar with an AA meeting.

… It is hard to determine whether most professors, students, and administrators sincerely subscribe to current identity politics. It varies by campus, discipline, and professional role (administrators certainly tend to express their support for the new order of things). But I do know that, at Cornell and elsewhere, only a negligible minority dares to dissent publicly.

After listing examples of political correctness and identity politics run amok, Dubreuil reiterates why universities must not allow the squelching of free thought and debate:

The free pursuit of knowledge cannot be an afterthought: neither teaching nor research should be defined a priori by the twenty-first-century catechism of political identities. Freeing oneself from the given is an unending process that lies at the core of higher education. This task concerns students and professors alike, who should constantly allow themselves to be altered by different concepts, poems, people, and events.

In contrast, today’s identity politics is a false promise that is imposed on us, often in spaces of relative intellectual freedom. No university worthy of that name, and indeed no democracy worthy of that name, should urge people to retreat within the brackets of their identities. Living, thinking, dreaming, and creating are not about what we are, but who we might become.

Read the essay and listen to Dubreuil’s interview with The Federalist.