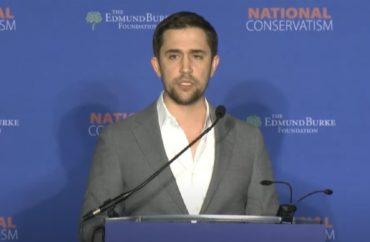 The leading investigator and activist against critical theory and critical race theory says that the higher education behemoth needs to be starved of taxpayer dollars.

First, he argues that the right should “cripple the critical ideologies within the federal agencies through executive order; defund the left by blocking, delaying, and stalling federal grants that support the critical ideologies in universities, schools, and nonprofits; force all agencies to run any identity-based programs through OMB [the Office of Management and Budget] and strangle them in red tape.”

“Rufo’s goal is to take away the federal government’s power, not transfer it to another political party,” Maitra said.

Rufo’s second policy recommendation is to decimate university bureaucracies, which are responsible, in his view, for pushing and enforcing the dictates of critical theory. Currently, university bureaucracies are allowed to endlessly grow via government subsidies regardless of whether they provide students with a meaningful education. An easy way to halt this unchecked bureaucratic growth is to put pressure on universities by making them partially responsible for student loan defaults. Doing so lessens administrators’ power and will likely incentivize schools to reduce the cost of public university tuition.