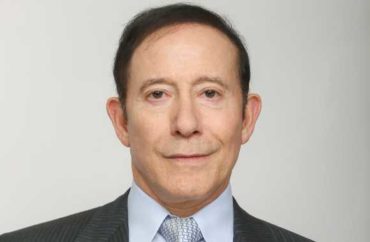 Diversity, equity and inclusion efforts have been “weaponized against Jewish students, maliciously portraying them and the Jewish State as wanton oppressors,” Israel-American activist and philanthropist Adam Milstein argued in The Jerusalem Post on July 4.

“The ostensible goals of DEI are positive: to promote the representation, participation, and fair treatment of historically marginalized groups,” Milstein (pictured) wrote. “In practice, though, DEI, which is closely linked to critical race theory (CRT), has been deployed to advance a radical agenda…[including] a victim culture that crudely bifurcates society into oppressors and oppressed.”

“DEI officials are engaged in anti-Israel demonization that promotes antisemitism and legitimizes Jew-hatred on campus,” he stated.

One third of Jewish students experienced antisemitism on a college campus in the previous year, according to a 2021 survey by Hillel and the Anti-Defamation League, cited by Milstein. Additionally, a 2021 Heritage Foundation report found “a disproportionate hostility towards Israel among university DEI staff,” Milstein wrote.

Milstein also cited the case of a Jewish parent, Jerome Eisenberg, who is suing his daughter’s former K-12 Los Angeles school for a DEI-driven “racially divisive, anti-Semitic ideology that seeks to indoctrinate children to reject Western values” according to the complaint.

The school “held racially segregated meetings” and promoted an ideology that “treat[ed] Jewish people as ‘oppressors’ due to their ‘proximity to whiteness,” the suit stated.

Going further, Milstein stated that the “DEI agenda ultimately seeks to undermine and replace fundamental American values and replace it with its own radical vision.”

“We must combat these ethically corrupted DEI efforts before they do more harm to Jewish students and ultimately all Americans,” he wrote.