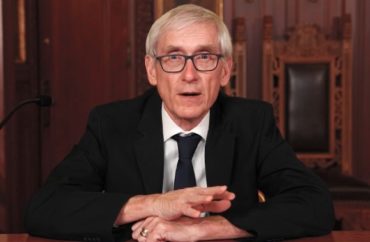 The backlash to Gov. Tony Evers’ veto of an expansion for Wisconsin’s school choice program is swift and growing.

The governor on Friday scuttled a plan (AB 59) that would have expanded eligibility in the Wisconsin Parental Choice Program to families who make up to 300% of the federal poverty level. That’s about $80,000 a year for a family of four. Currently the program is capped at 220% of the FPL, or about $57,000 for a family of four.

CJ Szafir, president at the Institute for Reforming Government, said the governor is campaigning for reelection as “the education governor,” yet he is taking away a shot at a better education for many kids in the state.

“With so many public schools closed this year, it’s more important than ever for policymakers to focus on giving all children the opportunity to attend a high quality K-12 school,” Szafir said. “Unfortunately Governor Evers’ veto denies families access to more educational options for their children. It’s disappointing especially when so many students are struggling.”

The governor said he vetoed the expansion because he doesn’t want to take money away from traditional public schools.

“I object to diverting resources from school districts to private schools,” Evers explained.

The governor also worried in his veto message about adding a burden to local school administrators who would have to track the students who leave their district.

Justin Moralez, state director for the Wisconsin Federation for Children, said the governor’s concerns about many more students opting out of their local public school shows why the voucher program expansion is necessary.

“The WPCP is meeting a demand, especially during the pandemic, and families in the 220%-300% income threshold are looking for the same access rather than unfair exclusion,” Moralez said Monday. “[Gov.] Evers has shown that he thinks some Wisconsin residents are more deserving of equal education access than their neighbors across the state.”

Moralez said the decision to veto the expansion will “actively harm” working class parents in Wisconsin.

School choice supporters say those numbers would surely grow if more parents were given a choice for the child’s education.

Originally published on June 21, 2021 by The Center Square