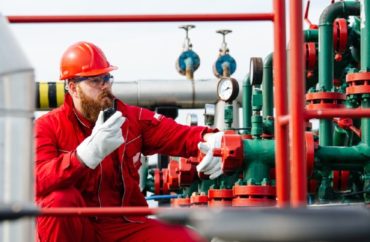 The Democratic Party has a problem with voters who do not have a college degree, according to the president of a liberal think tank. This problem could be exacerbated if the Democrats continue to focus on student loan bailouts, Will Marshall wrote recently.

“If Democrats don’t find a way to do better among the two-thirds of registered voters who don’t graduate from college, even superhuman efforts to ‘mobilize the base’ won’t save them,” Marshall, the president of the Progressive Policy Institute, wrote on May 20 in The Hill.

Workers who live paycheck to paycheck don’t think the party establishment listens to them or sympathizes with their travails and aspirations. Instead, Democrats in Washington seem more attentive to the priorities of a rarified class of progressive activists, political operatives and interest groups, supported by like-minded donors, foundations, academics and media organs.

Today’s fixation on cancelling student debt is a classic example. Left-leaning activists are pressing hard for it, Sens. Chuck Schumer (D-N.Y.) and Elizabeth Warren (D-Mass.) endorse it and President Biden says he’s looking into it.

Yet there’s no public groundswell for it — the issue doesn’t even register when voters are asked to name their top concerns. Only 13 percent of Americans have federal student debt. For highly educated urban professionals, debt relief may seem like an urgent imperative; from a blue-collar perspective, it looks like more self-dealing among the nation’s political elites.

Most of the benefits would go to wealthier, white-collar workers, Marshall wrote.

He wrote that “it’s not just cultural issues that are driving a wedge between Democrats and non-college voters.”

“The party’s economic agenda increasingly seems oriented around the desires of well-educated and upscale professionals, not the majority of Americans who lack college degrees,” Marshall wrote.

He wrote that the Democratic Party should focus on economic growth and job opportunities to win back working-class votes.