It’s hard to sum up everything that’s wrong with higher education today, but leave it to the folks at PragerU to do a pretty darn good job of it. 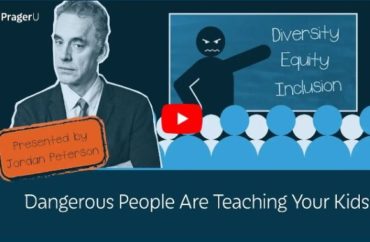 Peterson, who has become an iconic figure in battling the leftist dogma controlling universities today, explains how professors “are indoctrinating young minds throughout the West with their resentment-ridden ideology. They have made it their life’s mission to undermine Western civilization itself, which they regard as corrupt, oppressive and ‘patriarchal.'”

These professors “claim that all truth is subjective; that all sex differences are socially constructed; and that Western imperialism is the sole source of all Third World problems. They are the post-modernists, pushing ‘progressive’ activism at a college near you,” he continued.

These scholars do not define diversity by difference of opinion, “but by race, ethnicity or sexual identity; equity is no longer the laudable goal of equality of opportunity, but the insistence on equality of outcome; and inclusion is the use of identity-based quotas to attain this misconceived state of equity.”

And they’re attacking the very pillars underpinning Western Civilization, he added. They seek to destroy the First Amendment, the free market, and individualism, he said.

“The corrupt ideas of the post-modern neo-Marxists should be consigned to the dustbin of history. Instead, we underwrite their continuance in the very institutions where the central ideas of the West should be transmitted across the generations. Unless we stop, post-modernism will do to America and the entire Western world what it’s already done to its universities,” Peterson said.