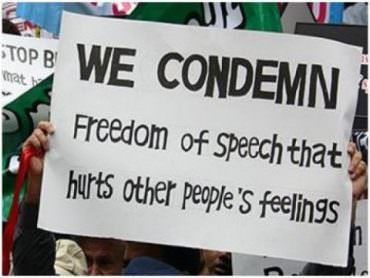 A series of recent studies highlighting the left-wing tendencies of college students had the New York Post editorial board sounding the alarm, saying it “means trouble for America.”

The subject of the editorial was the disparity between the political beliefs of college students and the rest of the public, as well as young people’s opposition to free speech.

“If college kids’ political views are a clue to the nation’s future, America is headed over a left-wing cliff,” the editorial begins, citing a College Pulse poll that found 69 percent of college students intend to vote Democrat in 2020.

But a Yale study that found 31 percent of college students believe violence is acceptable to shut down hate speech was more alarming to the editors, as they questioned who decides what hate speech is, adding “what kind of society are we headed for when that kind of thinking becomes so prevalent?”

Last year, Brooklyn College’s Mitchell Langbert found that, among 51 top-tier colleges, 78% of the departments had zero, or almost zero, Republicans. Democratic profs outnumbered GOPers in every single field at every school. The overall ratio: 10.4 Dems per Republican. At Wellesley and Williams, it topped 130-1.

Indeed, when they’re not exposed to the ample evidence that socialism routinely brings economic stagnation if not outright disaster, and is often accompanied by totalitarianism and corruption, it’s no surprise so many are open to it.