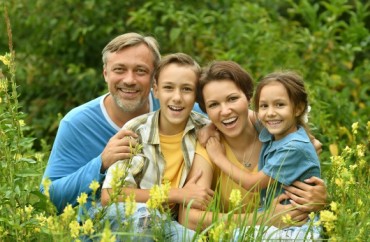 Michael McShane of EdChoice and Frederick Hess of the American Enterprise Institute wrote in an essay for Newsweek that the most important principle is that the family is the first educator of children.

The first principle is that “the family is the foundation,” Hess and McShane said. “We understand that parents know their children better and care for them more than any bureaucrat, and that’s why we should fight to put parents in the driver’s seat when it comes to choosing the best options for child care, preschool and K-12 education.”

The scholars have two other principles.

Schools should be about forming learners, not pushing political ideology, Hess and McShane said. “Second, schools are formative, not performative, institutions,” the pair said.

Schools are supposed to be formative institutions. They’re supposed to shape students into young adults who can reason, think and grow into responsible citizens. Teachers and professors are to serve as mentors, role models and sources of insight and wisdom, moderating the hubristic zeal of young people. Too many teachers and professors, though, have shown themselves invested in stoking that zeal and trying to orient it to advance personal and ideological agendas. This abuses the trust we have placed in schools and universities.

We need to acknowledge that there is no one right way to educate tens of millions of very different children. There may be optimal strategies for teaching youngsters to read, but the vast majority of what happens in schools and classrooms can be done effectively in many different ways.

“Saying that the government won’t discriminate against a particular viewpoint doesn’t mean that we endorse it,” but conservatives should consider the benefits of different strategies, they argued.