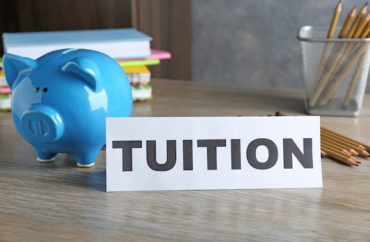 “Free college” is a bumper sticker slogan that sounds great but that if implemented wrong could actually make America’s community colleges worse.

That is the warning issued by professors of economics and education David Feldman and Christopher Marsicano in a report for the Third Way think tank.

[B]ehind the bumper sticker, free college is rife with implementation, efficacy, and equity issues. Over time, free college programs may further erode the resources available to the nation’s most under-resourced institutions. Evidence from the COVID recession shows how this may play out.

There is an added problem political problem that might make President Biden’s free community college proposal harder to pass, namely that “Free college proposals also create winners and losers among the states.”

The fact that some states would make out very well under how the government is proposing to fund the free community college model while others would not makes it all that much harder to get buy-in in the current narrowly divided political climate. And attempts to extend this to four-year colleges could lead to other knock-on problems in state budget allocations, the professors predict:

The effect of revenue shortfalls likely will be concentrated at institutions that currently spend the least—schools like community colleges and broad access public universities that serve the nation’s most vulnerable students and have little access to private funds.

Instead, Feldman and Marsicano offer up a grab bag of proposals, including increasing the amounts given out in Pell Grants, giving block grant funding to states for certain purposes, and making schools that receive funding meet certain benchmarks.

“Establishing simple accountability measures that affect all schools will reward institutions that support students while reining in those that act in bad faith,” Feldman and Marsicano argue.