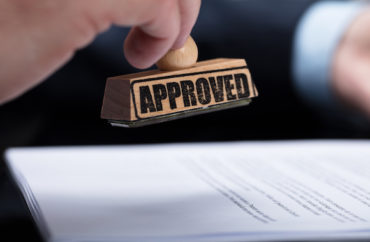 The coronavirus pandemic has upended virtually every sector of the economy in some way, including higher education, most of the students of which have been sent home to help prevent the spread of the disease. The threat the disease poses may mean a significantly changed educational landscape for an indeterminate period of time. How might schools adapt to function in this strange new economy?

Nonprofit leaders Michael Horn and Paul Freedman argue at Inside Higher Ed that at the onset of the outbreak the Department of Education “granted emergency authorization for colleges and universities to respond appropriately for the sake of students by moving classes online, among other measures.” The writers argue that federal and state governments should “take stronger steps that allow colleges and universities to launch online programs for a longer duration to preserve and ensure America’s higher education pre-eminence on the world stage.”

The authors note that the temporary relaxation of the normal online approval process has allowed schools to reach students who have for various reasons been unable to attend in-person classes, including “students who may be unable to enroll because they were studying abroad in affected countries, have fallen ill themselves or attend a campus…that has ended its on-campus classes.”

Yet the authors argue that these efforts can be extended further:

[T]his waiver applies only to current domestic students. It ignores international students, who are required to take their classes in person under the terms of their visas. The department will need to work with other federal agencies to solve this challenge.

It also ignores the vast numbers of prospective students who may be impacted by the spread of COVID-19 in the near future. Given the tenuous state of many colleges and universities in America, the department will need to do more…

Accreditors, state departments of higher education and the U.S. Department of Education have onerous and lengthy approval processes for a college to make substantial changes to an existing program, like moving it online. Hence the emergency guidance the department issued for current students.

But colleges and universities don’t have months to state definitively that they will offer programs online for international and prospective students. Students will choose to study elsewhere. Enrollments and revenue will decline, which will hurt schools, and the United States will miss out on the broader global opportunity to educate and build connections with thousands of students around the world.

The U.S. Department of Education, accrediting agencies and state departments of higher education must authorize emergency approvals for online degree programs so colleges can stand up operations and give prospective students the confidence to enroll.

Regulars “must support schools and students furthering their educations during these times of worry,” the writers claim.