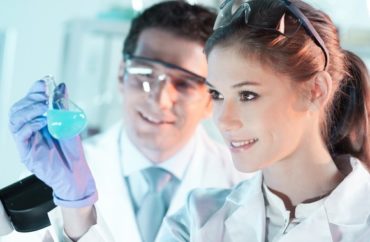 Getting a doctorate and a medical degree are both arduous yearslong tasks that swallow up your prime childrearing years. But one is more difficult and uncertain than the other.

Students interested in starting a family (and paying for it) are likely better off becoming a doctor than a PhD, as suggested by research and interviews by writer Ben Cohen in an article for the James G. Martin Center for Academic Renewal.

There are structural differences between the two paths. Because medical schools “avoid the problem of oversupply by limiting the number of medical schools and class sizes,” their graduates make much better money:

New doctors begin making $60,000 and their salary increases by $20,000 a year during residency. According to the Bureau of Labor Statistics, “almost all graduates of domestic medical schools are matched to residencies (their first jobs as physicians) immediately after graduating,” and the median income is $208,000 a year. Academia is much more difficult, financially.

That’s because universities keep accepting PhD students despite a glut of graduates and severe shortage of new professorships: Between 2005 and 2009, before the Great Recession drove many more people to graduate school, there were about six new doctorates competing for each new professorship.

And while both paths make it harder to start a family before your 40s, medical schools are offering better incentives.

Cohen quotes “Peter,” who is pursuing a hybrid degree known as an MD-PhD where students work as lab assistants to pay their schooling:

To make medical school more attractive to women who want a family and a degree, Peter said some programs have offered to freeze eggs for potential doctors. While some major corporations offer this benefit, this appears to be a new development for hospitals.

Cohen concludes that women in particular should consider a medical degree as better for starting a family than getting a PhD. Beyond the harm to family formation, a PhD also offers a much riskier return on investment, making the tradeoff simply unpalatable for many women:

For those who do find employment, most will end up as non-tenured faculty. Over the last several decades, the proportion of tenure-track faculty has steadily declined, and non-tenure track faculty now make up more than 75 percent of the profession.

For non-tenured faculty, pay varies greatly. Visiting professors are hired on a full-time basis and earn an average salary of $55,000 a year, according to Glassdoor. But for adjuncts, who are hired and paid on a course-by-course basis, they earn a median salary of $35,000 a year.