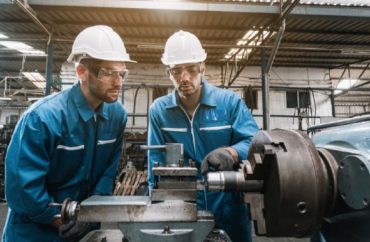 While President Joe Biden tries to cancel billions of dollars in student loan debt, one Republican governor argues that this is “unfair” to “hardworking” Americans.

“It’s time to debunk the fiction that a prestigious degree is the only key to the American dream,” Hogan wrote in his October 5 op-ed.

Historically, higher education has played a part in developing civic virtue in public life. But more and more, higher-education institutions, enabled by increasingly bloated administrations, are leading the charge to tear down what makes this nation great. Some elite academic institutions are openly hostile to core American values such as freedom of speech, which undergirds our success as a nation.

We must reorient the education system to fit the economic and cultural needs of the 21st century. A patriotic and skilled workforce, unencumbered by unbearable levels of debt, will allow the U.S. to compete with China and other adversaries while defending the values of the American founding.

Under his leadership, Maryland eliminated a college degree requirement for thousand of government jobs. He urged the private sector to follow suit.

“If more states follow our lead, the trend could spread to the private sector,” Hogan wrote. “The federal government should also expand Pell grant subsidies for short-term skills-based training, not only expensive four-year degrees.”

He called on his fellow state leaders and the federal government to “drastically ramp up apprenticeship programs to create alternative pathways to careers like cybersecurity, healthcare and the skilled trades.”

“Congress should limit executive power to forgive student loans unilaterally,” he wrote. “To deal effectively with the aftermath of Mr. Biden’s reckless action, we must make it clear to the next generation of leaders that this won’t ever happen again, whether they pursue their educations at Harvard, at another university, or through alternative pathways.”